Omer Aziz is a writer and J.D. candidate at Yale Law School, where is a Fellow at the Information Society Project. He tweets @omeraziz12.

Foreign policy issues are normally a distant concern during election season. Voters have more immediate worries, though international issues became the predominant theme in a handful of Canadian elections: The 1911, 1917, 1940, and 1988 elections were fought on free trade, conscription, war and, again, free trade.

That was then. In today's world, separating local politics from global affairs is impossible when groups like the Islamic State can release videos that spread across computer screens like wildfire, or when the Russian President decides one day that the Budapest Memorandum no longer applies as he mutilates a sovereign state. Either by design or by surprise, foreign policy is sure to become a defining theme in this year's election, and as a testament to how impoverished Canadian democracy has become, only the Conservative Party has outlined a clear foreign policy agenda. The government has set the terms of the debate, while the Liberal Party and NDP have either criticized the Tories around the edges, or capitulated entirely and adopted its policies.

Take the case of IS. Canada is participating in a mission with 60 other states against this muderous cult. IS has forced Iran and the U.S. to make common cause, and even motivated the short-sighted UN Security Council to pass a unanimous resolution against terrorism. The Conservatives have been clear on the threat posed by IS, and implemented a policy that most Canadians seem to agree with.

The NDP and Liberals, meanwhile, have failed to convincingly argue why they would stand outside a multinational coalition bombing a group that crucifies children and sells sex slaves. The NDP sees this as a continuation of the Iraq War, which it is not. IS's terror is what happens when a Western-backed dictator – the former Iraqi prime minister Nuri al-Maliki, who is Shiite – oppreses a religious minority (the Sunnis), and when a state as diverse as Syria implodes. When the mission was debated in the House last fall, NDP leader Thomas Mulcair said IS was "literally the same insurgent group" that's existed for a decade. Again, this is false. IS was previously al-Qaeda in Mesopotamia, but today it is a vicious mutation of al-Qaeda, from which it was kicked out in 2013. When the Syrian civil war began in 2011, IS moved in, took over oil fields, freed criminals from prisons, and with the help of ex-Ba'athist officers who worked for Saddam Hussein, established a totalitarian quasi-state the size of Jordan.

The Liberals are no better than the NDP here. Rather than make the case for a morally and legally legitimate intervention, Justin Trudeau likened the bombing of IS to a gratuitous show of military muscle. Since this comment, Mr. Trudeau has been unclear about what he would do to oppose one of the only terrorist groups in the world that has made ethnic cleansing its official policy. If humanitarian intervention is not justified to oppose genocidal fascism, when is it justified? The Liberals and NDP have not answered this question to anyone's satisfaction.

Of course, the Conservative government has misled and deceived voters about the nature of the mission, and used the rise of IS to rush through a bill that curtails civil liberties, stigmatizes the Canadian Muslim population, and threatens free expression. The NDP, to their credit, opposes the bill. But the Liberals will support it with amendments, putting them in the awkward position of opposing the fight against IS but supporting the surveillance state.

The case of Israel's war in Gaza – in which 70 per cent of the casualties were civilians – is also illustrative. The Conservatives were going to back Israel regardless of what the Israel Prime Minister Benjamin Netanyahu did, but then the Liberals and NDP echoed almost exactly what the Tories said, with some platitudes about civilian lives sprinkled on top.

In quietly assenting to the Tories' position on Gaza during last summer's war, Mr. Trudeau and Mr. Mulcair ceded the moral highground to the Conservatives at a time when Israel's shelling of a UN hospital was called "disgraceful" by the United States, and "a criminal act" by the Secretary-General of the United Nations. The Conservative-Liberal-NDP consensus on Israel-Palestine is actually a reflection of the Republican Party's position, itself a mere restatement of the Likud Party's stance, where questions of widespread bombardment and illegal settlements are beyond the realm of debate.

In failing to distance themselves from the Conservatives' unquestioning support of Israel's military policies, the opposition parties foreclosed any hope for a public debate on the issue, even as 1,426 civilians were killed, according to the UN.

Voters know what the Conservatives' vision of Canada's place in the world is, but the opposition parties have been silent about their own visions, thereby enabling the Tories to monopolize foreign policy issues long before the election. Is it any surprise then that Canadians – especially youth – have become disengaged and apathetic? At a time when conversations around pressing global issues abound on social media and other forums, there is a serious poverty of debate and imagination in Canadian politics on foreign policy. By the time the next beheading, war crime, hospital bombing, or annexation takes place, Canadians can be excused for thinking that Canada's moral and diplomatic leadership exists only in the history books.

Opinion
Obama won’t beat IS with a half-hearted strategy
February 23, 2015

Opinion
After America, is this Canada’s moment to extend global influence?
February 18, 2015 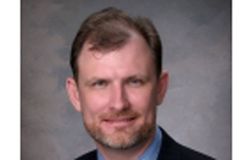