All around the world, social media has given a voice to anyone who wants to speak. In India, it has empowered the country's most oppressed group, dalits (formerly known as untouchables), to speak their minds, without fear of punishment, for the first time in history.

An entire ecosystem of blogs, websites, online forums and social media groups now voice the sentiments of India's approximately 165 million dalits, smashing the silence that was imposed on them by the caste system.

In centuries past, if dalits expressed views that criticized the caste system or social order imposed on them by higher castes, they would be thrashed or killed. For the past 60 years, the government has tried to eradicate the caste system through affirmative action but has largely failed. Most dalits still cannot escape their fate.

The media, which in a democracy should give space to the views of every group, is dominated by Brahmins and other upper castes. Survey after survey has found not one dalit in any Indian newsroom. In 2006, the Centre for the Study of Developing Societies found no dalit among its list of the 315 most influential journalists (70 per cent of them were upper-caste Hindu men).

Dalits are not only discriminated against socially and excluded from the media, but also the issues that concern them are not amplified by the media. All that is changing, with their success in carving out a distinct presence on social media. There, they can give vent to their feelings and voice their opinions without fear of an upper-caste mob arriving at their doorstep to attack them.

A new universe has opened up in which dalit issues are debated. The forums range from Round Table India which conducts an online, anti-caste debate; to Dalit Camera, which films debates and interviews and loads them onto YouTube. Dalits are active on Facebook and Twitter and are quick to react to any slight or act of discrimination.

This social media mobilization has led to an eruption of opinions and self-expression. All the online debates in this vast dalit forum are helping dalits to formulate arguments and theories that enable them to understand how they can deal with the caste system and the cruelties of Indian mainstream society.

As the home page of the Round Table website says: "Both the mainstream and so-called alternative media in India are controlled by the same social forces. When others interpret the world for you, can you change it?"

By allowing dalits to highlight issues and crimes, this social-media activity is also forcing mainstream media to pay attention to some of them. If a crime takes place against a dalit, there will be so much information, and photographs and videos, about it on dalit forums that it is difficult for the media to ignore such stories, as it always has in the past.

For dalit intellectual and columnist Chandra Bhan Prasad, the dalit mobilization on social media is also breaking the stereotypes cherished for centuries by the high castes. "They used to say dalits can't write, they are not creative, they can't argue, they are not clever. But now they see dalits writing about wild life and technology, writing poetry, debating foreign policy … it's showing the upper castes that dalits are not so different from them after all," he told me.

He offered a powerful analogy for the transformation wrought by social media. He recalled that when he was a boy, he asked his father (who lived segregated from the upper castes in his village) when he had first sat next to a Brahmin. His father said it was on a train in the 1940s. Having bought a ticket, he had the same right as anyone else to board the train and take his seat and if happened to be next to a Brahmin, no one could do anything about it.

This is one of those wonderful cases where technology has proved more liberating than any reform.

Opinion
The myth of the great Indian middle class
June 13, 2016 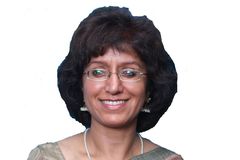 Opinion
It's time for India to make marital rape a crime
April 4, 2016