Astronaut, scientist, and physician. His book, Defying Limits: My Life as an Astronaut, Doctor, and Explorer, will be published this fall

Imagine you are an astronaut on the surface of Mars, driving a rover down an incline into a crater. The vehicle's specially designed tires slip on the steep surface, and the rover begins to slide uncontrollably toward a large rock at the floor of the crater. The impact is sudden, you are thrown forward against the restraint straps, and your head hits the inside of the space-suit helmet. Dazed, you feel blood flowing freely from a cut. What do you do?

Space medicine has evolved considerably, from our earliest understanding of how humans adapt to space to now caring for astronauts living in microgravity on board the International Space Station for up to a year.

As we approach the 50th anniversary of humans exploring the moon's surface, the space-faring nations of the world are looking at the next phase of human spaceflight: missions beyond Earth's orbit. Ideas envision human missions to Mars, missions to rendezvous with an asteroid or missions to set up a new space station, this one to be parked far away from Earth so as to be a jumping-off point for deeper space exploration.

Whatever the destination, astronauts will have to adapt to living in microgravity during their journey, and partial gravity at their destination. These missions, then, will require next-generation medical support to prevent, diagnose and treat illness and injury. Astronauts have experienced a range of illnesses and minor injuries aboard the International Space Station, but so far, there has not been a major medical emergency. We've been lucky. Without gravity, controlling something as simple as a nosebleed in space presents a unique challenge. Delivering care in a lunar habitat where gravity is roughly one-sixth that of Earth will eliminate the issue of floating patients and instruments, but the harsh environment, radiation and extreme distance present other challenges.

Through experiments conducted both on Earth and in space, physicians have developed protocols and techniques to manage common emergencies in orbit. But they've always had the reassurance that the crew can return to Earth if one of its members is seriously ill or injured.

For future missions farther into space, returning to Earth may not be a practical solution. It takes three days to fly back to Earth from the moon, but returning from Mars would take months – far too long for medical conditions to go without treatment.

The future of medical care in space, then, will be defined by one word: autonomy. Using a suite of new medical devices and technologies that incorporate artificial intelligence, health-care providers on future space flights will have greater capability to provide autonomous care, handling medical conditions and emergencies without immediate real-time support from Earth. The 1.3-second delay in radio transmissions from the moon to Earth will allow astronauts to speak with flight surgeons on Earth without difficulty. But future generations exploring Mars and beyond would have transmission delays up to twenty minutes, so having physicians on Earth provide real-time treatment to astronaut patients there would be incredibly difficult.

Imagine if, instead of crashing your rover, you'd developed a kidney stone or bladder infection. If, after a few days treatment, you run out of medication in your limited supplies, and the closest pharmacy is 400 million kilometres away. To ensure future extraterrestrial physicians are fully autonomous, space agencies will have to carefully consider the inventory of drugs and medical supplies needed to safely go farther and stay longer in space. A lunar resupply could take days to weeks, and a space station near Mars would require even more time. Unique solutions such as 3-D printing of drugs or instruments may enable local production and reduce the need for resupplies.

All of this is achievable, and it won't just benefit astronauts. In many ways, the challenges of remote-care medicine in isolated communities in the Arctic or Antarctic are similar to the ones that we will face when providing care to astronauts living in a lunar habitat. Enhancing the autonomy of these off-Earth health-care providers with new protocols and technologies – body sensors, for example, or ingestible devices sending real-time data to AI-enhanced diagnostic stations – could, in turn, improve health care in remote communities here on Earth, allowing us to maintain patients' wellness while at the same time giving us the tools for early detection and diagnosis of disease.

If these missions happen in the next decade, the first Canadian to walk on the Moon is already a part of the Canadian space program. The first Canadian to walk on Mars, however, is likely only a teenager today, dreaming of the possibility. It is exciting to imagine astronauts on such missions. It is also reassuring that experts in space medicine in Canada and abroad are already working on the medical care required to keep them safe and healthy.

Opinion
We should treat heroin like other prescription drugs
February 19, 2018 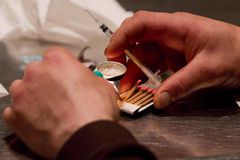 Opinion
Quebec medical specialist pay is out of whack
February 26, 2018 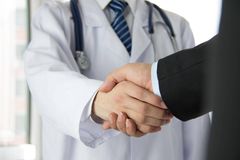