One of the most popular buzzwords in health care today is stewardship – the notion that health care professionals, patients and policy makers should not merely be providers and clients but stewards of a limited resource for the greater common good.

The concept is not new. It has deep religious roots, illustrated best by the Old Testament story of Joseph who, after being sold into slavery by his brothers, becomes the Pharaoh's steward – a selfless servant who manages great wealth without owning any, and plans wisely for the future.

Modern-day stewardship is a bit different: It's not about slavery, but responsibility, to yourself and others. Take, for example, the doctor-patient relationship. Traditionally, the only thing that matters for a physician is the patient in front of them: diagnose and treat, with the cost borne by an insurer (public or private).

Now, however, there are three parties in the room: the provider, the patient and the payer (who, in Canada, is ultimately the taxpayer). Treatments, and the cost of those treatments, must be considered within a larger social context. Do they provide value for money? Could those health dollars be better spent more wisely elsewhere? This approach offends some physicians, who believe their autonomy is sacrosanct. That government wants a say in daily interactions between patients and physicians has been a flashpoint in contract negotiations. It is essentially the root issue in the ugly dispute in Ontario.

But Alberta has taken a different approach. There, physician leaders have embraced the notion of stewardship – the belief that doctors (and other health care providers) don't just have labour contracts, they also have a social contract.

"It is not only our professional responsibility to be stewards and to make sound decisions about the resources we use on behalf of our patients, it is also our greatest opportunity for happiness in our work," Carl Nohr, outgoing president of the Alberta Medical Association, wrote in a letter to members last week.

"On our side of the contract, we provide compassion, availability, accountability, working for the public good and altruistic service. On the other side, we receive trust, autonomy, self-regulation and rewards," he wrote.

Dr. Nohr is one of the most eloquent and thoughtful voices in Canadian health care today, and many of his missives have focused on stewardship. As he notes, effective stewardship has two dimensions: fiscal efficiency and quality care, and the two are intimately linked. Stewardship is not about stripping power and responsibility away from physicians, it is about expecting them to exercise their powers and responsibilities differently (and be compensated appropriately for it).

Patients (and citizens more generally) have to be stewards of limited health care resources too – they have to recognize that while they have rights, they also have responsibilities. If we want "patient-centered, integrated, high-value care" (the three other predominant buzzwords/goals in health policy today), as well as satisfied patients and providers, then stewardship is a prerequisite.

There is no question that health care delivery in Canada is disjointed. We have a system designed to provide acute, hospital-based care when the majority of patients need chronic care in the community. Care is episodic and disjointed. We move patients from site to site rather than moving their information. As Dr. Nohr notes, we talk a good game on reform. We've produced endless designs and redesigns, and wonderful pilot projects. But the solutions are never scaled up because there is a "lack of alignment of authority and accountability."

In his final letter to AMA members, Dr. Nohr recalled a famous saying attributed to Abraham Lincoln: "Give me six hours to chop down a tree and I will spend the first four sharpening the axe." In our health system, there are many long-overdue, excruciating tasks, many trees to chop, if you will. "It is time to act definitively," Dr. Nohr writes.

We know what we need to do to create an integrated, sustainable system, and it begins with a different approach to leadership, one based on stewardship. We've had the benefit of some thoughtful, incisive axe-sharpeners like Carl Nohr to help us understand the urgency of reform. But, as he notes, we've done enough sharpening; now it's time to get chopping. 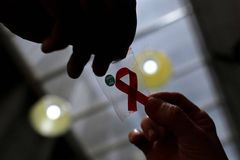