Join the live discussion at 2 p.m. on Wednesday Sept. 28th by clicking here.

There's no such thing as the "Jewish vote." Instead, there are voters who are Jewish of every hue known to the faith. Many of these voters, however, have changed their political allegiance.

An Ipsos Reid exit poll of voters in the last federal election found that 52 per cent of Jewish voters supported the Conservatives, 24 per cent the Liberals and 16 per cent the NDP. If remotely accurate, the exit poll reflected an enormous shift in voter preference among Canadian Jews.

In recent years, however, the Liberals have been seen as not being pro-Israel enough for a lot of Canadian Jews, who have switched their political preference to the Harper Conservatives. A higher share of Jews vote for the Harper Conservatives than Canadians as a whole, just as do Protestants (55 per cent, according to the exit poll).

The same shift away from traditional political moorings and toward the political right is under way in the United States, where Jews are migrating to the Republicans. A congressional seat in New York City with a large Jewish population that had been Democratic since the mists of time just elected a Republican. And Republican presidential candidates are falling over themselves to berate President Barack Obama for not being sufficiently supportive of Israel.

Some of this continental political shift might reflect nationwide trends in both countries. Jews, after all, share the same concerns as their fellow citizens about the economy, social policy, fiscal affairs, unemployment, crime or whatever. Conservatives and Republicans might strike some of them as having better answers to these problems than Liberals or Democrats.

But there's one issue that galvanizes Jewish voters as no other part of the population: Israel. Within Israel, a coalescence of views has occurred behind Prime Minister Benjamin Netanyahu's right-wing coalition government about how to protect Israel's security and deal with the Palestinians and other neighbours.

Israelis might disagree sharply about all sorts of domestic issues, but a majority seems to agree with his attitudes toward the Palestinian Authority, the continuation of settlement building and the angry rejection of prodding from the Obama administration. Within Mr. Netanyahu's coalition is Foreign Minister Avigdor Lieberman, who has expressed fierce opposition to any Palestinian state.

This majority view within Israel is now reflected in the North American Jewish Diaspora. Voting patterns have changed in Canada, where the Harper government has emerged as one of the most unquestioning defenders of Israel – or rather the Netanyahu view of Israel.

Mr. Harper might have had partisan political considerations in mind in supporting a Netanyahu view of Israel's situation. But he also felt deeply about Israel as a democracy, sharing Canadian values, surrounded by Arab sham democracies, theocracies and dictatorships. For him, it was a black and white matter.

Various public opinion surveys, including some taken by Canadian Jewish organizations, have alarmed leaders of the Canadian Jewish community because they've also shown Israel's growing unpopularity in Canada. That's another reason to believe that Mr. Harper's position is driven by profound personal conviction rather than political calculation. Presumably, a majority of Canadian Jewish voters believe he does indeed hold these convictions and are voting Conservative.

In straight mathematical terms, Mr. Harper's unadulterated support for the Netanyahu view of Israel has obviously proved popular among Canadian Jews. But on this highly polarized issue of Israel and its neighbours, where almost no middle ground exists, such a position risks alienating Muslims, whose numbers in Canada are growing much faster than the Jewish population.

A sharp domestic split has thus emerged. Whereas 52 per cent of Jewish voters supported the Conservatives, according to the Ipsos Reid exit poll, only 12 per cent of Muslim voters did so. Forty-six per cent voted Liberal and 38 per cent NDP. 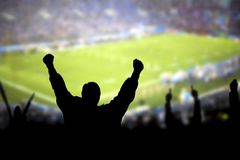 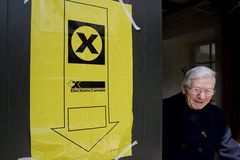