Tony Ward and John Middleton are professors in the Department of Tourism and Environment at Brock University.

The Obama Administration decides to improved relations with Havana, two-thirds of Americans support it, and tour companies hope to soon be flying U.S. travellers to Cuban resorts.

For Cuba it sounds like the dawn of a chapter of economic opportunity; though for Canadians it's more likely sunset on an era of cheap winter vacations.

With warm beaches, Latin culture and attractive prices – tinged with the romantic intrigue of its revolution history – Cuba is a top-three destination for Canadians, behind the U.S. and Mexico. In 2012, more than one million Canadians visitors spent nearly $750-million in Cuba. With Americans banned by their own government from going there, Cuba's all-inclusive resorts have been the domain of Canadians, Europeans and South Americans.

Of course, Wednesday's startling announcement that the U.S. will restore full relations with Cuba, and open an embassy in Havana, will no doubt lead to droves of Americans seeking their own cheap Cuban vacations, and spending more of the hard currency Cuba desperately needs.

Forged by the tensions of the Cold War, Cuba has weathered many fierce storms on the sea of global politics, not least the collapse of the Soviet bloc. It has demonstrated a great ability to survive and adapt. Its economy, distorted by 52 years of U.S. blockade, is set to rejoin the global community.

But its next challenge will be the biggest of all. So much is in play: the end of the Castro era; the end of the U.S. obsession with its small island neighbour; and the end of the ideological bubble – created and perpetuated by the U.S. blockade – that has allowed the Cuban experiment to proceed.

Cuba has made the best of its economic isolation since the revolution, achieving a position in the top category of the UN's Human Development Index, far in advance of most of its Caribbean neighbours. According to Mathis Wackernagel, of Ecological Footprint fame, Cuba is perhaps the only country on the planet that lives within its ecological means, although this is arguably by necessity rather than choice. For lack of options, Castro emphasized development as meaning improvement in the human condition, not increases in per-capita GNP.

Politically, though, Cuba moved in the direction of all totalitarian states, one of severe repression. Raul Castro has introduced some political change, but once the Castros are out of politics, will Cuba sign on to the world economy, with a McDonalds and a KFC on every corner? Or will Cubans take the opportunity to reinforce their own distinctive approach to sustainable community development?

Cuba is justifiably proud of its well-educated population, but young people are increasingly losing the revolutionary zeal of their elderly leaders, and the spectre of U.S. dollars is bound to turn some heads from long-term ideology to short-term financial gain.

Cuba's biggest hope for the future, and the biggest test of its resolve, is its tourism industry, a key producer of hard currency. If Washington lifts tourism restrictions, the Cuban government expects at least one million Americans to come in the first year, likely reaching three million in a few years. For context, consider that Cuba received a total of 2.8 million foreign tourists in all of 2013.

The country doesn't have nearly enough hotel capacity to cope with another three million people, so there will be great pressure to expand, and the form of that expansion will be critical to Cuba's future. Many Caribbean countries have gone for all-out growth, resulting in miles of massive concrete hotels occupying the best beaches, with the local population employed but primarily doing the menial work.

Cuba has kept much more control over its tourism development, but will it stay the course, with the revolutionaries dying off and American money waiting to get in?

Tourism can provide an excellent source for either growth or development. Most Caribbean islands have pushed for growth, generating large cash flows for the suppliers of capital. But with most of the money flowing back to the source of the capital, some countries keep as little as 20 per cent of their tourism revenues.

Although poor, Cuba has worked hard to develop the advantage of a healthy, educated workforce. It also has the advantage of being cheap, though its low-paid workers might dispute that that is an advantage.

The island may soon have the opportunity to further develop its distinctive 'Cuba' brand. Sustainable development has three aspects – ecological, economic and social. While the economic facet is critical, so too are maintaining ecological and social integrity. And defaulting to a product that is identical to other Caribbean destinations won't ensure even economic sustainability, let alone social and ecological.

Will this mean the end of cheap Cuban vacations for Canadians? Probably not. But for good or for ill, the experience will be different, as Cuba prepares to leave its bubble. 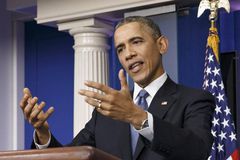 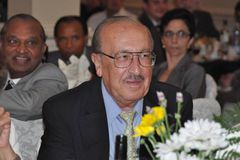 Opinion
Cuba is a process, not a destination
December 17, 2014 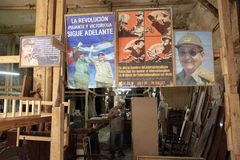 Opinion
U.S. policy on Cuba was an affront to all of Latin America
December 18, 2014
Follow us on Twitter @globedebate Opens in a new window
Report an error
Due to technical reasons, we have temporarily removed commenting from our articles. We hope to have this fixed soon. Thank you for your patience. If you are looking to give feedback on our new site, please send it along to feedback@globeandmail.com. If you want to write a letter to the editor, please forward to letters@globeandmail.com.
Comments