It's all over the news and there's no way to shelter your child from the Brexit vote, but it is possible to help your child process the information.

In an effort to aid you in this challenging time, I present: How to Talk to Your Child About the Ill-advised and Entirely Avoidable Referendum Called by Prime Minister – and Man Who Allegedly Inserted his Penis into a Dead Pig's Mouth So That Some Twits at Oxford Would Let him Into Their Club – David Cameron, in Which the United Kingdom Voted to Leave the European Union.

It's only natural for your child to have questions: "Mummy, how the hell did that many people come to believe that abandoning access to the European market, in the hope that they'll be able to get right back into that market, is a good idea?" she may wonder at bedtime.

"Did it somehow escape these people," a six-year-old might ask, "that, once 'free' of the EU, the U.K. would no longer have the great deal of influence on regulation it once had but that –– best-case scenario – they'd end up obliged to follow most of them again in order to continue to do business with two of their three biggest trade partners? Do they not realize that, with the U.K. out of the regulatory picture, there's nothing to stop, say, Germany from slipping in a rider saying that all U.K. goods sold in Europe must have the words "Made by some Vollidiot on a damp little island" stamped on them?

It's best to try to keep your answers to these questions simple. Try to work a tortoise and a bunny into the story; that usually goes over well, too. Make sure the tortoise's unlikely win is the result of reptiles in general invoking fears of some other species they maliciously characterized as invasive that never had anything to do with the marathon at hand.

Many parents report that letting out a loud, inhuman moan and banging their heads slowly against the wall is an effective way to explain the situation to their offspring.

Avoid exposing your child to too many graphic images of Happy Nigel Farage, as these may be difficult to process and even traumatic for a young mind.

It's important for understandably concerned caregivers not to be overprotective in this area. After all, learning to deal with the existence of the Scowling, Romanian-Hating, Feeling Left Behind by the Modern World, UK Independence Party Leader Nigel Farage is part of growing up, and most of us spend some time concerned that Scowling, Feeling Left Behind by the Modern World Nigel Farage might be lurking in our closet.

However, no one should be subjected to the sight of Gleeful, Smug, Triumphant, I Suspect Still Romanian-Hating Possibly Just Led U.K. Voters Into Blowing Up The Global Economy and Splitting Up Their Nation Nigel Farage, least of all an innocent child.

Don't speculate to your child about what may happen as a result of the European referendum. Boris Johnson doesn't have a clue and, unlike anyone with any common sense, he helped to make it happen; why should you?

To help relieve your child's anxiety about what's arguably a global trend toward rampant nostalgia-fuelled xenophobic nationalism, try to find a bright side to the situation. Have fun; spend some quality time with your child watching thousands of conservatives worldwide attempt to explain why millions of people voting to shut down market access, in the (mistaken) belief millions more would be spent on socialized medicine, is a victory for the right.

Be sympathetic to the fact that, in the wake of a Leave vote, your child may be worried about what other adults might do next.

Understand that young people have every right to be concerned that older people do not have their best interests at heart. After all, almost three-quarters of the voters between the ages of 18 and 24 wanted to remain in the EU with the quid pro quo freedom of movement that entailed. It was those with the fewest years left to work who voted to make everyone's workplace 27 countries smaller, but try to humanize that behaviour to your child.

It may be necessary to admit to your young ones that you, too, have an irrational concern that hordes of people are invading your territory and engaging in what has been your labour. If your politics skew left, you may have been wondering lately what all these conservatives are doing in your traditional domain, trying to speak your language.

Concern for the working class has perhaps been your stock-in-trade. Skepticism of free trade – economic naiveté, even – have both been, you may want to explain to your child, a bit of a sideline for your people.

Your father's father was a kneejerk liberal, tell her all about that. Why, pappy taught you the art of protectionism on his knee, and now, all of a sudden, everywhere you look, the streets are filled with bleeding-heart conservatives peddling knock-offs of your be-awares.

In North America, too, back-to-the-steel-millers are the new back-to-the-landers. Both fads wallow in the same depths of backward thinking and wanton wistfulness, in a yearning for halcyon days that never were, and neither offers a practical solution to the very real problem of keeping people well fed.

Of course, these newcomers make you a bit uncomfortable, you can tell your child, but it's nothing you'd reunite Ireland over, or anything.

"But why did the man who allegedly inserted his penis into a dead pig's mouth call for the referendum in the first place, mummy?" your child may whisper as she starts, finally, to fall asleep.

Make sure she understands that none of this is her fault. Tell the wee tot that Mr. Cameron did it in an attempt to quiet some backbenchers, sort of like the way her teacher puts up his hand to quiet the class, only with less "Okay, now, settle down" and more potential to incite racial violence and spur Scotland into becoming an independent country.

"I see, mum," a three-year-old might say, "that whole 'We can't be properly British, we can never hope to maintain our identity while being in any kind of union with other states' thing, must sound a bit rich to the Scots right now, isn't that right?"

Say, "That's right, baby, you're so clever. Maybe you can also explain to me why it is the U.K. gets 'shadow ministers,' and in Canada we're stuck with 'opposition critics'? Why do we get MP Siskel & Ebert, while they get Parliamentary Ninjas?"

"That I can't help you with," your little girl may well say. No one can help me with that one, I've found.

"So, basically, Mr. Pig Mouth Man put on a big show, hoping it would flop, for his own gain, a sort of Springtime for the Dissolution of the United Kingdom? And, instead, the show may well run for years to come, right mum?" 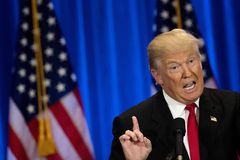 Opinion
How many gay people must die before we target homophobia?
May 16, 2018 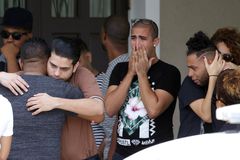 Opinion
Witnessing a journey from intolerance to acceptance of gay people
May 16, 2018 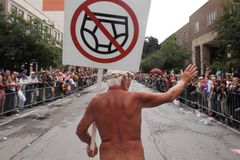