Timothy Garton Ash is professor of European Studies at Oxford University, where he leads the freespeechdebate.com project.

Every journalism school in the world should show its students a video clip of the moment when, on Nov. 11, a chirpy Polish state television reporter asks a man wearing a hat in the red-and-white national colours what it means to him to participate in this Warsaw march celebrating Poland's independence day. "It means," replies the middle-aged man, "to remove from power … [short dramatic pause] … Jewry!"

Since Poland is governed by the right-wing populist-nationalist Law and Justice party (PiS), the obvious next question is: Who exactly do you have in mind as world Jewry's current representative in power? The party leader, Jaroslaw Kaczynski? The prime minister, Beata Szydlo? Or do you mean someone in power elsewhere: Donald Trump, for example, or Theresa May, or Mark Zuckerberg? Or the Jews on Mars?

Effortlessly passing up this rare journalistic opportunity to interview an anti-Semite ready to speak openly to cameras, the flustered reporter turns to a nearby woman, asking what it means to be a patriot marching here today. When she agrees with the previous speaker, and says they're proud to be here as Poles among Poles, the reporter turns back to the camera saying cheerily, "This is pride, pride that one may be a Pole, pride that one is a Pole!" Call yourself a journalist? Actually, he's a hack working for a public TV channel, TVP Info, now degraded into a PiS propaganda conduit, and he is desperately sticking to the party line that this is just one great, warm, patriotic pride parade. The clip is a brilliant, 58-second lesson in how not to be a journalist.

I've turned my lens on the journalist rather than the anti-Semite because, faced with a global mainstreaming of far-right ideas and slogans, whether in Charlottesville, Warsaw, Dresden or Moscow, the crucial question is: How should we respond?

First, we have to understand what's going on. In every case, there's a combination of unique local and generic, transnational features. This Polish "independence march," for example, has been going for some years specifically in Warsaw, organized by home-grown right-wing groups, and it has steadily grown in strength, up to last Saturday's estimated 60,000.

Within the larger demonstration, which this year was given the overall motto "We Want God," there has been for some time a so-called "black block" of true radical right and fascist extremists. That block, with its giant banner reading "White Europe of Brotherly Nations," is what most readers will have glimpsed on television. In the middle of the White Europe banner was a Celtic cross, a symbol rarely seen in Poland but used elsewhere by white supremacists. A second banner read "Deus Vult" – a rallying cry of the First Crusade and another favourite of the transnational far right. Far-right leaders from countries such as Italy, Britain, Hungary and Slovakia participated in the march.

What we see here is something new. Whereas nationalists in the past tended to be, well, national, there is now an international network of far-right xenophobic nationalists. Shall we call it the Sixth International? (After five for the left, one for the right.)

These thoroughly modern reactionaries make skillful use of social media to spread their insidious messages. A new report from the Institute for Strategic Dialogue shows that some of the most popular trending hashtags favouring the populist nationalist Alternative für Deutschland (AfD) in September's German election – including the seemingly benign #traudichdeutschland (trust yourself Germany) – were heavily and successfully promoted by far-right activists. With the AfD set to be the second largest opposition party in the Bundestag, Germany is another example of a dangerous blurring of the line between conservative nationalism and far-right extremism. But isn't that also true of Donald Trump's America?

In the popular front that needs to be formed against this mainstreaming of far-right language and ideas, three groups are especially important: online platforms; public figures; and everyday neighbours. What we need from the platforms, first of all, is more transparency. Twitter, Facebook and others need to understand more quickly how their own platforms are being abused, and then to share the essentials of what they find more fully with us. What we then do about it is a more difficult question, but the first imperative is to see what is going on.

Public figures need to speak up whenever the outer boundary of legitimate political debate is crossed. The Polish government just spectacularly failed to do this: minister after minister talking dismissively of minor "incidents" or "provocations" in an otherwise "beautiful march." (Poland's honour was saved only by clear words from the President, Andrzej Duda.) In another spectacular failure, U.S. Vice-President Mike Pence defends every indefensible remark by Mr. Trump with his fixed, sanctimonious smile, as if he were doing the Lord's work.

But it's not just up to the politicians. Truly shameful in Poland has been the failure of the leaders of the Catholic Church to speak out, if only to defend, against such gross political abuse, the words "We Want God." Originally the refrain of a traditional hymn that became an unofficial anthem of Poland's struggles for independence from foreign domination, "We Want God" was famously quoted by Pope John Paul II when he visited a Poland still under communist rule.

Then there are journalists, whose job is certainly not to give sermons on political correctness, but is to report, question and expose. Teachers, athletes, television and film stars also have voices that will be heard.

And there's you and me. For these days we are all neighbours of people susceptible to such extreme views – if not physical neighbours then certainly virtual ones. We shouldn't just leave it to the platforms, the politicians and the clerics. Every time we hear such views expressed, whether in the pub or the café, on the football field or on Facebook, we need to speak up.

Opinion
In the new Washington, there is only far left and far right
September 16, 2017 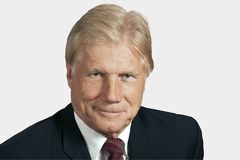 Opinion
Germany’s nationalist party is an ugly sexist one, too
September 30, 2017 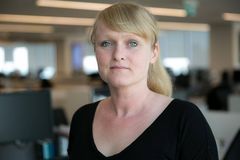