Chris Alexander was Canada's Minister of Citizenship and Immigration from 2013 to 2015, and deputy special representative of the UN Secretary General for Political Affairs in Afghanistan from 2005 to 2009.

Last week's attacks in Paris remind us of the scale of the threat now facing Syrians, Iraqis and the whole world. The Islamic State army now numbers tens of thousands. Affiliates of IS and al-Qaeda are active in dozens of countries. Both terrorist outfits have been clear: They aim to control territory and kill civilians wherever they can, naming the United States, France, Canada, Australia and other democracies among their targets.

This is the largest terrorist threat the world has yet faced – larger than the Taliban and al-Qaeda in Afghanistan before 9/11. IS's multiple attacks in Paris were almost as deadly as anything the Taliban has done in Kabul since 2006. IS has also hit Beirut and downed a civilian aircraft in Egypt. The largest attack on France since the Second World War requires resolve: Without military action by allies, more attacks are inevitable.

This is a triangular war, pitting Syria's Bashar al-Assad (reinforced by Vladimir Putin and Iran) against Nusra Front and IS,  who face a second front in Iraq. Canada should scale up support for the Kurdish peshmerga and all truly committed to destroying IS and protecting Syrian and Iraqi civilians. We should push diplomatically for an end to covert Turkish and Arab support for jihadists, as well as Russian and Iranian meddling. To defeat IS, the proxy war must end in both Syria and Iraq.

Canada should keep its CF-18s in the fight. Military success is inconceivable without international control of air space over both countries, as well as an end to Mr. al-Assad's barrel bombs. We should expand use of Canada's Special Operations Regiment and offer embedded Canadian Army training teams, with air mobility.

At the same time Canada should show leadership on assistance to refugees. With four million now outside the country and seven million displaced inside, Syria is the greatest humanitarian disaster of our time – with no end in sight, as the United Nations High Commissioner for Refugees reports.

Since 2011, Canada has provided more than $1-billion in assistance for Syria. The new Liberal government deserves praise for its platform commitment to provide $100-million more for the UNHCR for Syria, as well as $250-million for processing, sponsorship and settlement services.

To resettle more Syrians, we need sustained effort, not arbitrary deadlines. Canadians will support a longer time line to allow for proper selection and full pre-arrival screening for national security, criminality and health, as required under Canadian law. We do not make the world a better place by making Canada less safe.

With careful management, Canada's pace of resettlement can rise safely and sustainably to 15,000 Syrians and Iraqis annually.

We should resettle the most vulnerable; focus on minorities of all kinds; build on the unique strengths of Canada's private sponsors; and encourage employers once reliant on temporary foreign workers to hire refugees.

This is an example Europe can emulate: Orderly, permanent resettlement works better than risky boats or chaotic treks. The overwhelming majority of 700,000 Syrians reaching Europe to date have received only temporary status in their host countries.

The global outlook for refugees remains bleak. UNHCR's June 2015 Global Trends Report, rightly entitled World at War, chronicles 15 new or reignited conflicts since 2010, triggering the worst refugee crisis since the Second World War. Of 60 million now displaced worldwide, one quarter are in the Middle East and North Africa, another 15 million in the rest of Africa, 10 million in South and Southeast Asia and nine million in Europe and Turkey. Drug-fuelled criminal violence has forced many to flee in Central America and parts of Mexico; six million are displaced inside Colombia.

We should continue to resettle and support refugees from every continent. Canada offers the full package. Of refugees who became new nationals of 27 countries in 2014, 85 per cent became Canadian citizens. But for every refugee we welcome, 5,000 more stay behind. All want to go home.

Incoming UN High Commissioner for Refugees Filippo Grandi (my predecessor as deputy special representative of the UN Secretary General for Afghanistan) oversaw the most successful return of refugees in history. But those 5 million Afghans only came home when the world acted to oust the Taliban. He deserves our full support.

Genuine leadership requires long-term commitments and strong action with allies. In Syria and Iraq, only the responsible use of military force, including air power, will stop the brutality of IS and Mr. al-Assad.

Non-intervention, disengagement and withdrawal are not paths to peace but rather a guarantee of more war.

Opinion
Even after Paris – especially after Paris: Bringing refugees to Canada must be done well, not fast
November 16, 2015 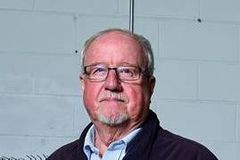