Happy anniversary, bucket list! The term itself – defined as a list of things to do before you kick the bucket – entered popular culture a decade ago, according to Merriam-Webster. New literary genres don't come along every day, and a 10-year milestone furnishes a good occasion for taking stock. Thousands of personal bucket lists can now be found online. But try binge-reading them, one after another. You might begin to notice something passing strange.

Bucket lists typically feature two kinds of items. First are desires, before the end comes, to experience the kinds of moments that bucket-listers tend to find valuable, pleasurable or enjoyable in and of themselves. Typical examples: "Swim naked in the Caribbean." "Be at Chichen Itza on December 12, 2012." "Make the kora around Mount Kailash in 2014." And, on more than one bucket list to be found online, "meet Lindsay Lohan." Such wishes tend to be specific and concrete; many concern particular places, people or dates. They use the definite article – "the" – indicating a very precise, definitive aim: swim naked in the Caribbean, make the Kora around Mount Kailash.

But bucket lists contain another kind of aspiration: the desire to do something not because the bucket-lister values it in and of itself, but because it will bring him success, status or money. Examples: "Write a book." "Break or set a world record." "Be on the cover of a magazine." "Create a definitive film for every genre in cinema." "Invent a board game."

These items – things the lister hopes to do because of the acclaim and success they can bring – tend to be recorded abstractly and vaguely. Many, using as they do the more indefinite "a," seem phoned in. "Write a book." Good idea – but on what? "Appear on a magazine cover." Great. But what will you do to earn the honour, precisely? If the bucket-lister thought of these activities as valuable in and of themselves, instead of for the applause or riches they might deliver to her, she would be much more concrete in describing them.

The bucket list is a recent innovation. The human psychology it lays bare – our tendency to conceive of things we value for themselves in concrete, particular terms, and those we value because of the status they confer in abstract categories – is not recent at all.

Charles Foster Kane, for example, yearned for one specific childhood toy. It was that particular sled alone that he valued, and nothing else in his huge warehouse was able to substitute for it. Proust, likewise, cherished the unique, specific memories associated with his tea-dipped cake in and for themselves. He didn't treasure them because of the recognition or wealth they could bring him.

When however it comes to those things we value not for themselves but as markers of success and status, one thing can easily substitute for another. You finally get the specific job – the new title of junior assistant associate undersecretary – that you have been coveting. Two months later, it no longer means anything to you; all that matters now is clambering up the next rung to senior assistant associate undersecretary. The new rung becomes the substitute for the previous one because what you really want is neither position specifically, for itself, but something much more abstract: ascendancy and achievement. In just the same vein, a bucket-lister hopes to "invent a board game," in the abstract. Whether, more specifically, it's the new chess or the new Parcheesi is immaterial. She's not pursuing it because she values it in itself.

And so, as we spy the tip of the reaper's cowl poking up over the horizon, we begin to write bucket lists. Lists full of concrete, vivid experiences that we hope to enjoy and savour for themselves, and vague status-oriented goals so empty of specificity that we couldn't possibly value them for themselves. But there's a problem here. We will never feel we have got enough of the concrete, specific experiences that the world has to offer – there are just too many to be had – nor can we ever finally attain an abstraction such as "status" or "success," because nothing will ever exhaust it. There will always be more we could do.

Perhaps wisdom lies elsewhere. Suppose we reversed our preferences. Suppose, on the one hand, that we learned to view the things we value, in and for themselves, not in highly specific, concrete terms, but more loosely and abstractly, such that, within bounds, any one could substitute for any other.

A few years ago, the Harvard Grant Study – a psychological project that followed 268 Harvard undergraduates over the course of their lives beginning in the late 1930s – published its final interviews with the surviving subjects. One man, now in his 90s, reflected on how he had come to derive from his vineyard the romance he might otherwise have found in a girlfriend. What he really valued in and of itself, he came to see, is the more abstract category of sensual and emotional pleasure: a category of which both specificities, a girlfriend and the vineyard, are members. Likewise, another study subject, who had always regretted not becoming a painter, in late life began to realize that he had actually been an artist all along: an artist at mentoring young associates at his law firm. What he really valued in and for itself, he now sees, was the more abstract pleasure of thinking creatively and placing his stamp on the world, and he did just that.

But you don't have to be a 90-year-old to look at things this way. The actress Molly Ringwald, speaking wistfully of Michael Schoeffling, her love interest in the 1984 teen movie Sixteen Candles, now observes, "my husband resembles him a lot, so in a way I kind of got him." Loosening what she values, in and of itself, from a specific individual to a more abstract set of characteristics, Ms. Ringwald doesn't have to include "rekindling an affair with Michael Schoeffling" on her bucket list.

And what, on the other hand, of those things we value not in and of themselves, but for the success and status they bring? Suppose we came to view them in ever less abstract, more concrete and specific terms.

Sharing an elevator with the famous philosopher John Rawls many years ago, I overheard him saying, to a friend, how much he wished that he could write with the wit and verve of another great philosopher, Bernard Williams. Even John Rawls, a towering figure in the history of philosophy, didn't think that he was a successful philosopher at the highest level of abstraction; what he had achieved was a more particular, specified kind of success: success at philosophy of a formal and analytical kind.

"Success" can never be reached by anyone at the loftiest planes of abstraction; there's always more to do. But that also implies that at a specific enough level, success can be attained by everyone. A bucket-lister might not have been a success at the most general, abstract level of "break or set a world record." But he assuredly has achieved some more particular, specified kind of success, perhaps as the chef with the best steak tartare in Poughkeepsie. We're all in the same boat; Saul Bellow wasn't a great writer at the highest level of abstraction because his single attempt at playwriting was a flop. Tom Stoppard likewise: Nobody's heard of his one novel. And who's to say what's too specific, too concrete?

Donnie Evil, a local musician from Bozeman, Mont., was never going to sell more records over his lifetime than Kanye West. Success at that level was always going to elude him. But, as it so happens, Donnie did sell a sum total of 10 records, more than Kanye did, at Bozeman's Cactus Records in the week before Christmas, 2010. "My life's goal was to outsell Kanye at something," Donnie told the Bozeman Daily Chronicle. "Now I can die happy."

Bucket listers should think about giving themselves a break. They should consider viewing the things they value in and for themselves with a little less specificity and a little more breadth: not a career as a painter more specifically, but a life of creativity more generally; not Michael Schoeffling in particular, but a stand-up husband more broadly. And listers would do well to treat those things they value for the success and status they bring with a little less abstraction and a little more concreteness: not success as a philosopher across all categories, but as one particular kind of philosopher; not general acclaim in appearing on the cover of "a" magazine, but the more particular appreciation of being mentioned for one's generosity in this month's shul bulletin. If Molly Ringwald can do the one, and Donnie Evil the other, then so can bucket listers.

And if they do, they might just find that they already have every item they would ever want to put on their list.

Andrew Stark is a professor at the University of Toronto and author of The Consolations of Mortality: Making Sense of Death. 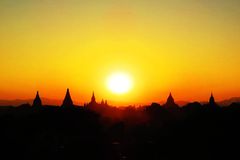