When Alex Salmond fought for the voting age in the Scottish independence referendum to be dropped to 16, his opponents gritted their teeth at this political master stroke. It was a blatant, cynical ploy, they argued, to suddenly bring in a group of neophyte voters who could be swayed by the Yes side's romantic nationalism.

But Mr. Salmond, the canny, magnificently eyebrowed torchbearer of Scottish independence, just shrugged. Young Scots "have more at stake" in September's referendum than any other group, he said – why not let them vote?

Cynical ploy or not, it's turned out to be a fascinating study in voter engagement. It's not news that young people in Western democracies are generally not passionate about the political process – about issues, yes, and protests, too, but not the nuts and bolts of a system that seems irrelevant and combative. In Scotland, the referendum vote may just be the bait needed to lure them into caring about that system.

"We have a saying when you look at politics, that it's all the same, the same people fighting over the same ridiculous things. It's like, would you rather be shot with a blue gun or a red gun?" The man speaking over the phone is Graeme Sneddon, a 22-year-old from Glasgow who works with Generation Yes, the part of the pro-independence campaign charged with getting out the teenage vote.

What's amazed him as he knocks on doors is that disaffection with the political process disappears when young people are talking about Scotland's future. They want to discuss things like tuition (university is free for Scots), jobs and inequality. Most tell him they'll come out to vote on Sept. 18.

So far, about four-fifths of Scotland's 16- and 17-year-olds have registered to vote – 100,000 people. They make up just 3 per cent of the electorate, but with the campaign getting tighter, every vote counts. (The latest aggregate of polling numbers by the research group What Scotland Thinks shows the Yes side at 43 per cent and the No campaign at 57 per cent, with the gap closing.)

Both sides have taken their message to the teenagers: They hold open-mic nights and comedy shows, and set up booths at music festivals. They have staked out every inch of social media: Facebook, naturally, and Twitter and YouTube. The No side posts videos of British celebrities holding up signs that say, "Let's stay together." The pro-independence side counters with satirical videos by Lady Alba, who's sort of what Lady Gaga would be if she lived in Scotland and cared about the future of North Sea oil and nuclear submarines.

Politicians, too, are turning up at high schools – not their normal stomping grounds – to debate the issues and listen to student concerns (everything from European Union membership to Internet trolling). Mr. Salmond and his Scottish National Party cabinet recently subjected themselves to a grilling by 100 teenagers. If nothing else, teens now know that politicians are real, and not demonic puppets only seen shouting at each other on the nightly news.

Many schools are holding mock referendums as a way of educating students. Louise Cameron, 18, chair of the Scottish Youth Parliament, attended one: "It was really quite amazing," she told me. "I was used to hearing a lot from young people about how they were so disengaged from politics, and it doesn't matter in their lives, but what I saw when they debated the independence question was real passion and commitment." (Ms. Cameron's organization is lobbying for voting age to be dropped to 16 for all elections.)

Of course, it's easy to be full of fire when the country's future is at stake, and the question is as stark and stirring as the one on the ballot in September: "Should Scotland be an independent country?" But can this passion over a simple, single-issue question possibly be sustained when it comes to the less glamorous grind of municipal voting or local planning meetings?

Mr. Sneddon says yes, all the way. The pro-independence vote is the first political campaign he's been involved with, and it caused him to change his university studies from plant sciences to political science. He's convinced the spark lives in his friends, too. "There's no way we're going back to lying on the sofa after this."

Opinion
In Scotland, separatists love ‘money and the ethnic vote’
May 12, 2018 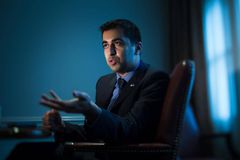