John Tory is Mayor of Toronto. Don Iveson is Mayor of Edmonton and chair of the Big City Mayors' Caucus of the Federation of Canadian Municipalities

Canada is facing a serious housing crisis. Home prices are soaring out of reach in many cities. One in five renters spends more than half their income on housing. Emergency shelter occupancy rates are pushing 90 per cent. And 1.5 million Canadians can't find safe, decent housing they can afford.

Housing is less affordable at every income level and that's having serious impacts on our nation's prosperity, its productivity and its identity as a place of equal opportunity and inclusion.

For years, cities have shown local leadership when it comes to housing. Many have invested heavily, taken on the role of social housing providers and developed incentives to create more affordable rentals. And while you can expect more work to be done locally, this national issue urgently requires national action.

Opinion: A domestic housing crisis would look nothing like 2008

Related: How the head of CMHC is shaking up the housing regulator

The federal government has taken some important steps in its first budget, dedicating funding from Phase 1 of its Social Infrastructure Fund to support much needed capital repair work on social housing. It also launched consultations to develop a long-awaited national housing strategy.

Along with our fellow big city mayors, we'll meet on Friday with housing ministers representing Canadian and Ontario governments at the Toronto Housing Summit.

There, we'll present seven principles to tackle our housing crisis, detailing the scope of the partnership we'll need to make meaningful progress:

1) Secure the future of affordable housing through a dedicated carve-out within the federal social infrastructure program in the 2017 budget. Progress starts with securing Canada's existing 600,000 social housing units – a lifeline for people with disabilities, for newcomers, for low-income seniors. These homes depend on federal operating agreements that are expiring and without new investment, tens of thousands of vulnerable families could lose their homes each year.

3) End homelessness. While we have made progress in preventing and reducing homelessness, much more now needs to be done. As of 2014, the average occupancy rate at Canada's emergency shelters had risen to over 90 per cent – an increase of almost 10 percentage points since 2005.

Given significant needs in specific cities around homelessness, Canada's mayors are calling for a doubling of the overall Homelessness Partnering Strategy through to 2025. That increase should be directed at cities where homelessness is most acute.

4) Spark construction and growth in the rental sector. We need smart investment to grow the sputtering rental housing market – to serve families at a variety of income levels. Our recommendations include tax credits to preserve low-cost rental housing, removing the GST from the cost of developing new rental housing and energy retrofit programs that reduce costs for renters.

5) Innovate for sustainable solutions. Using funding committed to in budget 2016 for an affordable rental housing innovation fund, enable direct funding to cities facing the greatest housing challenges, as evidenced by percentage of households in core housing need and rates of homelessness, so that they can support local innovations to test out new housing solutions based on local needs and priorities.

6) Create distinct indigenous and Northern housing funds. In Toronto alone there are some 1,000 aboriginal families, couples and individuals waiting for aboriginal affordable housing. In Edmonton, a disproportionate percentage of families in social housing identify as First Nations, Métis and Inuit. A separate indigenous housing fund within the recommended carve-out can be delivered distinctly and in a way which enables decision-making by the aboriginal housing sector.

At the same time, Canada's big city mayors recognize the significant and specific needs of housing in the North and equally support a distinct fund for Northern housing.

7) Mandate a review of the Canada Mortgage and Housing Corporation. The National Housing Strategy should include a direction and timeline to examine CMHC's mandate regarding housing policy within the federal system and the role of other federal departments in delivering on the objectives of the NHS.

The numbers are big, but the return on investment will be even bigger.

And we know that investing in housing reduces costs on our health care and justice systems, avoidable costs that are burdensome for our provincial partners. The economic and social benefits of reversing decades of underinvestment in housing will transform this country and create a housing system that is built to last. 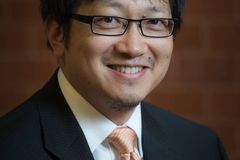 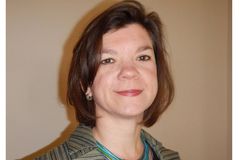 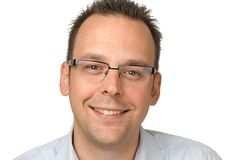