George Petrolekas is a fellow with the Canadian Global Affairs Institute. He has served in Bosnia and Afghanistan and has been an adviser to senior commanders of the North Atlantic Treaty Organization.

Now that the election is over, promises need to be kept. The cessation of Canadian air strikes against the Islamic State was part of U.S. President Barack Obama's first conversation with prime-minister-designate Justin Trudeau. Clearly the promise concerns Canada's allies.

It is worth recalling that the campaign against the Islamic State is composed of three major elements: the air campaign, which seeks to contain IS and, where possible, degrade its combat capabilities; the training given to Iraqi forces – and, in Canada's case, the Kurds – to eventually be able to take the fight to IS on the ground and reverse its territorial gains; and the assistance to neighbouring states to alleviate the extraordinary burden of refugees.

The choice has never been binary, between the military and humanitarian aspects of the international response. Without a concerted military effort, IS will only consolidate its power and state-like organization to continue building its catalogue of horrors. Without a humanitarian effort, those fleeing will merely escape IS to encounter a different type of suffering. To favour one over the other solves neither. Cause and symptom cannot be divided.

There is nevertheless a logic to departing from a campaign that so far has demonstrably not met its goals.

The air campaign against IS has had limited effect. Though the IS advances have been checked, they have not been materially degraded. The Iraqi army shows no sign of effectiveness and its promised counter-offensives are nowhere in sight. The flow of foreign fighters to IS has not been appreciably reduced. When Canada joined the coalition fighting IS, the promise was of a potentially two-year campaign. Now, the United States is speaking of an eight-to-10-year commitment.

Why pour money and resources into an effort that has no visible horizon of ending? In that case, it makes some sense to focus on areas where the Canadian effort may have an effect. But in international relations and security, nothing is that simple or clear.

Our words as a nation against the barbarism of IS would lose their credibility. By uttering outrage at the constant cavalcade of crimes against humanity perpetrated by IS while not contributing to their destruction would be cynically received by allies as all words and little action. Humanitarian efforts, as necessary as they are, address the problems but not the cause.

But promises are promises and the PM-designate has little choice. But he does have some options that may not have been immediately clear during the election campaign.

Mr. Trudeau, having already hinted at leaving the air campaign in a responsible manner, could continue the mission until its parliamentary authority expires in March. Internationally, Canada pledged support to allies buttressed by parliamentary approval. That a Conservative government approved the mission matters only in Canada.

There is no legal obligation to remain in the air campaign, but there is a moral one, at least in the short term. In doing so, Mr. Trudeau would be keeping his word and promise to Canadians, but also promises made to allies.

Mr. Trudeau has other options too.

The coalition depends on a series of enablers, something that is in shorter supply than fighter aircraft. The refuelling aircraft that Canada has provided and the intelligence-gathering aircraft are in some ways more important than our fighter contribution. Keeping these in place, or even modestly expanding this contribution, would be keeping Mr. Trudeau's election promise, but also not completely abandoning the coalition.

The fighter contribution and its employment could be rolled back. Aircraft would no longer be authorized to strike in Syria or in Southern Iraq but limited solely to provide "in extremis" support to the Canadians Forces who remain on the ground in Kurdish-controlled territory. This could be done with four aircraft – the same number we used in supporting the North Atlantic Treaty Organization in the Baltic states. This would not completely remove the fighters, but would in large part maintain Mr. Trudeau's promise.

Politics internationally is not only the art of the possible, but of compromise. 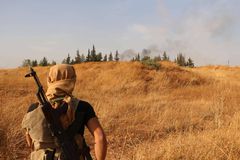 Islamic State blows up columns with captives tied up in Palmyra: activists
October 27, 2015 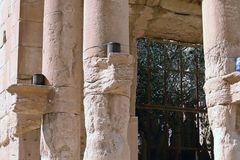 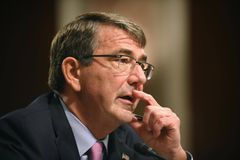 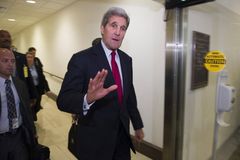