Kayleen Schaefer is the author of  Text Me When You Get Home: The Evolution and Triumph of Modern Female Friendship

I wanted to call my book BFF.

It was going to be about the evolution of female friendship, an idea I came up with when I looked around me and realized who it was I most depended on. My girlfriends were as essential to me as any other relationships in my life, but these friendships weren't respected in the same way. There was always a feeling that the ties were tenuous, that they shouldn't matter as much as ones with romantic partners, relatives or even bosses. I wanted to do what I could to solidify these bonds that made me feel loved, encouraged and at peace in a way I knew I could count on.

The title BFF, I thought, was cute, clear and direct.

When my agent called to tell me that Maya Ziv, the executive editor at Dutton, wanted to buy the book, she said, "She loves it, but one thing. She wants to change the title."

"What does she want to call it?"

"Text me when you get home."

I disagreed. If that were the title, no one would understand the book was about female friendships.

It's not that I didn't say it to my friends. I did, usually as we hugged goodbye after a night out where I felt understood, inspired and reluctant to leave my pals. But moms say, "Text me when you get home" to their adult children, too. It's about safety, I thought.

I started asking women – sources for the book, friends, strangers – what they thought of the title. All of them said, "I say that." But it wasn't until I asked my friend Lauren which title she liked better, mine or Maya's, that it dawned on me why I was wrong.

I realized that when women say "Text me when you get home," it's not just about safety. It's about solidarity.

I was telling my friends – on street corners, in parking lots, as they were getting into Lyfts – as we got ready to leave each other that I knew what it is like to be a woman alone. There's the unwanted scrutiny and attention ("Why is that guy staring at me?"), the unsettling thoughts ("Am I too drunk?") and the overwhelming loneliness that can take you by surprise when you get home ("My place is so empty").

What I was telling my friends is that they weren't by themselves. "Text me when you get home" is a guarantee: I'm here for you, whether you're standing in front of me or miles away. Whenever you need me, whether it's because you're scared, heartbroken or just bored, I will be there. It's a reminder that we have each other, even if nothing official binds us.

As I kept working on the book, the reckoning over sexual harassment and assault in the workplace began, and I watched as the sentiment and support behind "Text me when you get home" became #MeToo. The care between women went from a private text to a public hashtag. What had been a quiet promise, said in the safe spaces of our goodbye embraces, had turned into loud, proud, public propping. Our buoying of one another has been lifted out of our internal networks and catapulted to the national news cycle.

But it's the same message. What we are saying – on red carpets, in social media posts and at women's marches – is, You're not alone. I'm here for you, only now we are telling anyone who wants to listen in. Our friendships have never been the stereotypical, hair-yanking, undermining relationships they're often depicted as, but women used to keep that to themselves. We didn't bother to correct the record.

Not anymore. Women are telling their own stories and proclaiming that other ladies are essential to our well-being. Our devotion to each other has come out of the dark. The women around us, we're affirming, are inspiring, brave and not alone.

My own friends were like a life raft I didn't know I was looking for before I got on it. I heard this echoed by the women I interviewed for the book, but now, I hear it everywhere. We're taking a stand with each other and for each other – and not letting go.

"Text me when you get home" has another meaning. When women say this to each other, they're also saying, Let's keep talking.

When we get home, we're going to keep the conversation going. We'll text another twist in the joke we've been making all night, or send along a recommendation we said we would – for skin care, a good bra, whatever – or simply write our friend again about how much fun the night was. We're still hanging out, even though we had to go home.

I think the idea of continuing the conversation also applies to the grand statement of support women are making now. It's not that liking each other isn't equivalent to political organizing – this open backing of each other won't guarantee us equal rights or treatment – but it does give us a good place to start.

Opinion
There is a whisper network in politics. To protect young women, it has to end
January 25, 2018 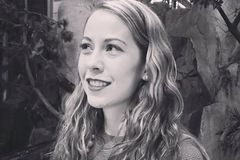 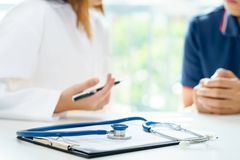 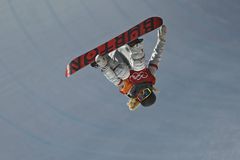