Hugh Segal is a former Ontario Conservative Senator who was associate secretary of Cabinet in Ontario under premier William Davis.

Whatever else happened on June 12 in Ontario, the provincial election sent the Tories a clear and very Ontario message – moderation, balance and humility are back. The absence of all three in the campaign of Tim Hudak was the precise reason for the loss of seats to Kathleen Wynne's Liberals.

The other very clear technical message for politicos was that competence matters in campaigns as well as government. Writing the best possible attack lines your opponents might use against you into your own platform – and making them central to your early thrust – changes the ballot question from "is it time for a change?" to "which change will do the least harm?" This is an incumbent's electoral dream.

Ontarians also said something clearly to the U.S. Tea Party tactics of wedge, extreme political strategies: "Saddle up and head back to where you‎ come from; we are not buying."

A leader who performed well on the hustings or in debate, as Mr. Hudak did, cannot overcome a core message that was about scapegoating public sector employees, who are innocent of the fiscal mistakes or policy errors of the last decade. Mike Harris not only refused to promise 100,000 layoffs but he actually increased investment in schools and health while bringing in important reforms – not all popular to be sure, but not all unnecessary either. He promised to take the spending levels he found after years of Liberal and NDP government, to the levels of the Bill Davis Progressive Conservatives – neither alarming or undoable. He won two successive majorities. It is not shallow or craven to understand that how you craft the message is as important as the message itself.

The moderate conservatism of the Canadian experience is not about anger, narrow ideology or undue reverence for U.S. winner-take-all economics. Nor does it worship at the "all government is bad" altar of those who, remarkably, also seem to want the state in your bedrooms, in your laptop‎ or controlling women's bodies. Smart government is better than large and intrusive bureaucracies that cannot help but mismanage or overtax. Fair taxation is neither unattainable nor a crime. Insuring genuine equality of opportunity is what matters. Legislating equality of outcomes is what excesses on the left always try while in government and at which they fail.

Large tent or broad‎ church Progressive Conservatism embraces balance and fairness and prefers finding common ground inclusiveness over the hobnail clang of wedge construction. Simply, there are not enough doctrinal conservatives to elect anyone in Canada, and this has been true since Confederation. There was a reason that the party led by Sir John A Macdonald was called the Liberal-Conservatives, or that the Federal Conservatives became Progressive Conservatives in the twentieth century. Conservatism in Canada has always been its own brand: very different from the class and landed aristocratic European tradition or the Yankee self-reverential mercantilism in the United States. That brand in Canada is about peace, order and good government as opposed to division, wedge politics and the atomised society where there is no society at all.

The collapse of communism did not mean that capitalism is perfect. An incompetent Conservative campaign does not render Ontario's Liberals perfect or without flaw. Nor does it render real Progressive Conservatism irrelevant. In fact, Ontario needs that electoral choice more now than ever. 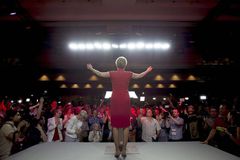 Why pollsters keep getting it wrong
Subscriber content
June 13, 2014 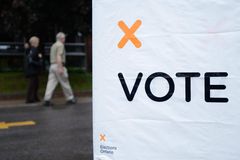