A small cluster of protesters gathered outside a Windsor, Ont., courthouse waving signs that read "Justice for Justice." Some of the people passing by appeared to be confused, and stopped to ask what was going on. They were told that Justice was the name the SPCA had given to a rescued dog, who was left in a field to die with his mouth and paws bound with electrical tape.

Inside the courthouse, Justice Micheline Rawlins was dealing with the criminal charge of animal abuse levied against Michael Earl Hill. The judge had just been presented with a petition signed by nearly 65,000 people calling for the maximum sentence in this case. Not long after there was considerable rejoicing when the small crowd learned that Mr. Hill had been sentenced to two years in a federal penitentiary followed by a 25-year ban on pet ownership.

The sentence may reflect a significant change in the way that our society is treating dogs and their legal status. The judge, the protesters and the general public all seem to be finally recognizing that dogs are sentient beings with real feelings and emotions. This would not have happened when I was younger. At that time (and still today in many places in the Western world) the laws only acknowledge the value of dogs as property – nothing more.

One example that I recall from a California newspaper article in the 1960s reports a typical case outcome. It involved Else Brown, a 67-year-old widow in the United States. Her dog, Tillie, who was her only life companion, was killed by a neighbour in a drunken act of aggression. The court ruled that this was simply a crime against property – the equivalent of breaking a window. Thus, Tillie's murderer was merely given a fine equal to the cost of the dog. The years of love and caring, the loss of companionship had no dollar value in the eyes of the law. And the dog's suffering was of no account.

In recent years, science has been able to demonstrate that the mind of a dog is roughly equivalent to that of a human child two to three years of age. Like a toddler, the dog has all of the basic emotions: fear, anger, joy, disgust, surprise and love.

Only recently, the realization that dogs have true feelings has gradually been filtering through society. However, this is understandable since even some professionals who work with dogs have been slow to see how closely the mental and emotional lives of dogs mirror those of people.

About 15 years ago I found myself sitting in a scientific conference listening to a veterinary researcher who claimed that dogs do not feel pain to the same degree people do, and therefore the idea of assessing and managing pain in dogs is not very important.

Upon hearing this, another researcher leaped to his feet to comment, "It was not too long ago that pediatric surgeons were making the claim that human children did not feel pain to the same degree that adults do. We now have physiological measures which show that that is not true, and those same measures show that dogs not only feel pain, but they have the same emotional responses to it that humans do."

Before he sat down he listed seven or eight specific scientific tests that confirmed that dogs do feel pain as we do. Today, this debate would not occur: Scientists are in agreement that dogs and people share the experiences of pain and emotion.

When individuals are convicted of child abuse the severity of sentencing usually takes into account the emotional pain and suffering experienced by the young victim. This has seldom been the outcome when the courts have been presented with examples of animal abuse. In the case of Justice, the court described it as a "despicable act of depravity" – legally acknowledging, finally, that a living, feeling, being had been caused to suffer.

The idea that dogs are emotional and conscious beings that should not be abused is becoming widely recognized. When Mr. Hill was denied bail, he was placed in solitary confinement, segregated from the rest of the inmates for his own protection.

Even the Catholic Church now recognizes the sentience of dogs. Pope Francis has said that animals should not be abused because we will encounter them again in paradise and we may be called upon to be judged for our treatment of them.

But we need not wait for heavenly judgment if our courts and legal system do the job now.

In Quebec, a step forward for animal rights
September 20, 2015 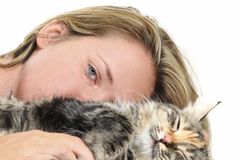 Calgary man who abused and killed dog and cat sentenced to 22 months
March 27, 2015 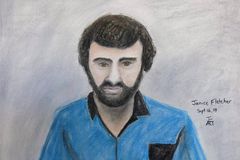