I would like to confess to lighting the recent fire that lead to the many deaths at the Tazreen Fashions Ltd. factory in Bangladesh.

I am neither Bangladeshi nor a factory worker, and I have never set foot in the building that was set ablaze in late November. Nonetheless, I have ashen thoughts and blood on my hands.

As clothing designer for the Canadian arm of a multinational clothing retailer, my work consists of taking fashion styles in the marketplace and adapting them for our customers' pocketbooks. I design inexpensive clothes destined to be manufactured by the most competitive manufacturers, in what we call "offshore" factories. The company that pays my salary was a client of Tazreen until the fire, as were many Canadian retailers.

I know what the smoke smelled like as it hit the nostrils of the factory workers. I even know what the smoke looks like from synthetic fibres catching on fire. I was in a factory in India when an electrical fire started. The clouds of smoke pushed their way up from the basement into the design studio on the third floor. As we rushed down the stairs, we had to pass the grey mist of synthetic fibres that had caught fire and were reborn in a thick and acrid cloud pushing its way out of the building.

I remember waiting for the fire trucks to come and watching as the sewers rubbed their hair with blackened hands to get out the white ash. Prematurely grey Indian faces in colourful saris with kabuki-like makeup stood silent with the circle of survivors. The shock and the sudden disconnection from work had lent a dreamlike veil over the scene. In a Canadian setting, this surrealistic silence would have been broken by a fire engine or two.

Not on this side of the planet.

On this side of the world, a senior factory worker figured out the source of the electrical fire and, with the help of his colleagues, put out the blaze in relative silence, as one would have during a yoga class. Two official cars did arrive after the fire was contained. Inside were police officers, but these officers were not there to help put out the fire – they had come for the customary bribe so this incident would not be officially recorded. The loudest part of the day was the sound of the officers' steps, heavy with their loot, as they left the building.

In Bangladesh, stories circulate that the Tazreen fire was arson. My point is, this fire was lit by me.

I am the one who asked our factories to make a $9 blouse, and, by default, Bangladesh is one of two countries in which clothing can be imported duty free.

My employers are happy that we will have this item on the floor en masse for next season's sales. Our customers have forced us to hack down the prices to be competitive in this market of cheap clothing and off-price bargaining that we call the Canadian clothing sector.

Popular thinking is that clothing at this level, since it is mass produced, is automated. The truth is that most of the procedures used to make these garments that fuelled the Tazreen fire passed through the now deceased workers' hands. Perhaps one of the perished women was sewing the back neck of a garment to its collar. This operation in Bangladesh costs a fraction of a cent compared with what it would cost in Canada.

I wonder whether she was holding on to the collar that I had asked her to sew to meet my cost target when she died. I know that our shipments are sometimes rushed at the last minute to make the vessel. Maybe that's why the managers asked some of the workers to stay seated when the fire started.

We have third-party inspections and in-house compliance staff, and our company is world class. This means that factories are inspected on a routine basis. I wonder: Where were the inspectors that day? Perhaps they were at one of the other hundred factories that are officially working for us. For sure, they were not at the thousand factories that we have not asked to be used as subcontractors.

The point is clear.

I confess to the murder.

The reason is clear.

The collar that the Bangladeshi woman was holding as the smoke pushed through her lungs was destined for a killer-priced shirt next season.

Sujeet Sennik is a designer and writer.

Bangladesh factory where 110 died in fire was repeatedly cited by safety auditors
May 9, 2018 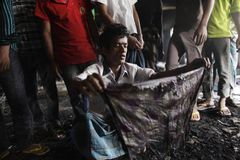 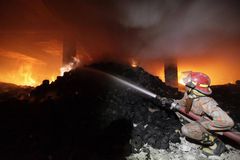 The real cost of our 'fast fashion' consumption culture
May 11, 2018 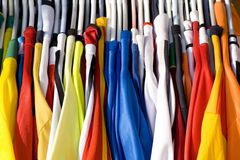