Walls, Bridges, Homes is a series of essays written in response to the emerging global appetite for a progressive narrative around inclusion and immigration. The series frames the thematic focus on 6 Degrees Citizen Space (Sept. 25-27), a forum presented by the Institute for Canadian Citizenship. 6DegreesTO.com

Reni Eddo-Lodge is a journalist and writer based in London.

I recently spoke at a music and literature festival that was so painfully white, its participants began to fret. Keen to hear about arts and culture, they asked why there were very few people of colour in the crowd. This fact was so worrisome, that when a black man made his presence known, he was promptly rewarded with a round of applause.

These people were very concerned about inclusion. It's an admirable goal, and one of the foundations of liberal democracy. Everyone must be included in its mechanisms for it to work effectively. Our politicians tell us that there is nothing more idealistic than living in a liberal democracy, that it is core to the idea of fair play and that all other countries should strive for this state. In the face of sinister ideological threats and fanatical far-right activism, we cling to its meaning now more than ever. The loudest alternatives look like a huge step back from the hard-won rights of social progress. But maybe now is the best time to examine what inclusion really means.

At the festival, I watched the round of applause while internally cringing. Although this audience meant well, their applause was unsettling – a painfully self-conscious act of white guilt. I've never been keen on inclusion because it's an uncritical cop-out, accepting the status quo as is, while fretting why the marginalized are not fully participating. Materially, through race, class, gender, wealth or access to opportunity, we are not all the same, and never have been. Recognizing the need to include is a good thing. But for there to be difference, there has to be a normal against which difference is measured. I wish my fellow festivalgoers realized the power in their norm. To truly include, our job is to deconstruct that normal.

For some time now, liberalism has been too keen to flatten and erase difference in the pursuit of political harmony, believing that if we say we're all the same, then we'll all get along. But this is a willful ignorance of existing barriers, of shapers of inequality. The values of liberal democracy have never been fully realized. If they had, we wouldn't need an inclusion agenda, because everyone would be free to fulfill their potential. But racism, sexism, homophobia, ableism – all social walls, built into the structure of the way things are – are active hindrances to any semblance of meritocracy.

Those of us who are concerned with social progress not only see these existing invisible structures, but we seek to redress them by pointing out that they exist. The first step is dealing with the problem by naming it, although that can be a risk in itself.

On the other side of the political spectrum, those who seek to exploit these existing divisions are more concerned with the physical kind of boundaries, such as throwing up walls to keep the "other" out, in order to maintain power.

I too put up a "wall" in order to expose a wall, which is why I wrote my book, Why I'm No Longer Talking to White People About Race. Originating from a blog post that was written at a point of intense frustration at white willful ignorance, its publication prompted the opposite effect. In setting a clear boundary, I was able to speak more freely, and it flew in the face of the politeness of liberal culture. I was asked how I could I cut myself off like this; the answer was with difficulty. I was asked if my withdrawing from this crucial conversation was somehow an impingement on others' right to free speech. The answer was no. If anything, any infuriation at my silence revealed a peculiar entitlement.

I had to put up a wall for my own sanity. I had to stop talking to white people about race because I could see theirs and they could see mine, but they couldn't see their own, or the power implicit in it, how all their assumptions about race shaped the world, and how they never questioned themselves on it. My wall was temporary, and it sparked an interest that I didn't anticipate. I spent the next few years talking to white people about race. After I had made such a declarative statement in that blog post, white people suddenly felt that the issue concerned them.

Yet amongst the liberal left, in the context of global politics, walls are not good things at all. They signal a kind of tribalism – arbitrary borders, insularity and parochialism, maybe even small-mindedness. Walls invoke segregation, and segregation is out of the question. We want to be citizens of the world. Free movement, free ideas, free speech. And I agree with all of this. But for me, having boundaries was not about being closed-minded, but instead about withdrawing to recharge. In setting my boundary, I hoped that those it was aimed at would question the conditions that had let me draw that conclusion in the first place.

Despite this talk of tribes, I didn't willingly choose to pick a side. I didn't defiantly and proudly assert myself as black in order to distinguish myself from the norm. Instead, I chose to unpack a category that has already been moulded for me by racism, one that has already created scripts about what kind of person I am, and what I am expected to achieve. The script is created by historical discrimination, set deep into the psyche of what it means to be human. If we don't actively resist it, we passively endorse it.

Since writing, I've thought a lot about why erasing difference was the prevailing narrative on race among the liberal left for so long. I finally understand why. This misguided, compulsory assimilation was a well meaning rejection of walls. There have been real efforts to reject identity markers in recent years. So keen to reject the notion of signing up to a "tribe," we've defined ourselves as without religion or without any allegiance to left or right in an effort to come across as sensible, moderate and reasonable. There is an inference that any acknowledgment of difference, or considering oneself part of a group, leads to fanaticism. These moderate rejections of obvious "tribes" in order to keep the peace have exposed a fundamental flaw, a kind of faux objectivity, masked in a passive-aggressive reasonableness. The most spirited opposition I've had to my anti-racist work is from those who consider themselves to the arbiters of reason, who assert that my work is based on hysterics. Those who have benefited from an abject lack of inclusion deny there is any power in their position at all – and sometimes try to redefine themselves as victims.

Pointing out the differences between us is not the problem. The problem is the power that lies behind those differences, and how the status quo has relied on marginalization. To be responsible citizens we must reckon with this. It's not just about the newspapers you read or the campaigns you donate to. It's about your actions. Bringing down these walls means a fundamental restructuring of the society we live in. It means disrupting comfort, including your own. There can be no poor without the rich. Bringing down this wall means that – if you recognize yourself as a beneficiary – you're in the trenches with those losing out from it. If there was ever a time in your life to pick a side, it's now. 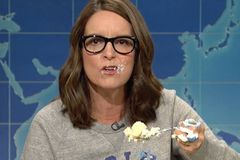 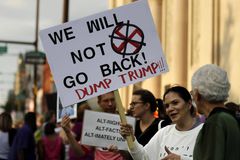