Anthony Cary is a former British High Commissioner (2007-2010) and now a Fellow of the Canadian Global Affairs Institute.

On Thursday, the British people must decide whether their future lies inside or outside the European Union.

The campaign has been poisonous, characterized by deliberate misrepresentation, bad temper and creeping xenophobia. National referendums are still very rare in Britain: this is only the third in our long history. I fervently hope that the form does not take root.

The case for Remain has been made by the government itself, and all the major political parties in the U.K.; by three-quarters of the House of Commons; a huge majority of the business community; the City of London financial district; the educational, environmental and research communities; the Bank of England (on whose behalf Mark Carney has been admirably clear); all the other 27 member states of the EU; world leaders including Barack Obama and Justin Trudeau; NATO; the OECD; the IMF; even the vast majority of economists, who rarely agree about anything.

On the other side stands a motley collection of mostly right-wing populists and libertarians like Nigel Farage and Boris Johnson, supported by such international figures as Russian President Vladimir Putin, France's Marine Le Pen, and Donald Trump.

Ironically, this unequal balance of forces may have helped the Leave camp.

The more that the national and international establishment has piled in to urge the case for Europe, the easier has it been for Brexiteers to portray the EU as an anti-democratic ramp: a conspiracy of entitled elites and foreigners determined to extinguish ancient British freedoms in their relentless pursuit of a European superstate. Boris Johnson went so far as to draw a comparison between the ambitions of the EU and the designs of Adolf Hitler.

In this era of "truthiness" and social media it has been impossible to kill off even the most outrageous falsehoods about what the EU is or how it operates – let alone to communicate its remarkable achievements as what former Irish president Mary McAleese has called "the greatest adventure in collaborative democracy in world history."

Risk analysis of the likely implications of a Brexit has been denounced as "Project Fear." The government did not help its own case as its tone became shriller and its projections of calamity more suspiciously precise. I had hoped that the BBC could cut through the disinformation, but it has been under intolerable pressure and came to interpret its duty of even-handedness as an obligation to orchestrate every debate as a score draw.

Like Donald Trump in the United States, the Leave campaign has appealed to the angry and disaffected.

For decades British politicians have scored cheap points by representing Britain's relationship with the EU as "Them against Us." Now it is the politicians and the governing class more generally who find themselves branded as Them – the quislings who want to sell Us out; the fat cats doing well at Our expense, happy to let millions of migrant criminals cadge Our social benefits, threaten Our identity and steal Our jobs.

The Leave camp lost the economic argument weeks ago. But that hasn't much dented their appeal, because the core of their case is not that Britain will be richer outside the EU, but that it can regain its mojo by "taking back control."

They have it back-to-front. Britain would be diminished and enfeebled by a Brexit: less true to its outward-looking heritage, less useful as an ally to friends such as Canada, and less able to shape the world in which it must make its way. The U.K. itself might break up over the question, and there might be new tensions in Ireland. A Brexit would also have done lasting damage to the framework of rules-based international co-operation to which Canada has been such an outstanding contributor.

What next? Some recent polls are alarming, but I hope I can trust in the fundamental good sense of the British people. If they do vote to Remain, however, is it too much to hope that the British government – and the Westminster Parliament – might use that popular mandate finally to engage in Europe with constructive energy and a full heart?

That, surely, is what our great forebears would expect of us. 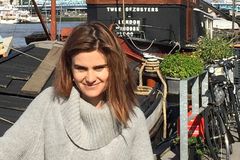 Opinion
Fear and loathing in England as the Brexit debate brings out the worst
June 17, 2016