In the dying days of the election campaign, Vancouverites heard an astonishing thing on the radio. Discussing an interview he had conducted with Stephen Harper, talk show host Jon McComb disclosed that the Conservatives had granted the interview with conditions.

Mr. McComb did stretch the interview to more than 12 minutes (for which he says he was dressed down by an aide) – allowing him to ask some actual questions not provided by the CPC.

Imagine such a Faustian bargain. The prime minister – anyone – providing the questions as a condition for an interview? And during an election campaign? Equally distressing: The broadcaster (one with a solid journalistic history) agreed to this arrangement.

This is what things had come to.

During his tenure, Mr. Harper notoriously shielded himself from the media: interviews were denied, availability limited, and message control was tight.

Rather than conduct actual interviews, journalists have often had to rely on terse, written e-mailed statements that may or may not have addressed the actual questions.

Last spring, I asked the Canadian Conservation Institute, a Canadian Heritage agency, about some paintings – and it took more than two months to get a response. "I finally got approval to send you the following information you were looking to get," the e-mail began. When I sought clarification in this continuing exchange and asked to speak to an actual human being, I was rebuffed.

During the campaign, when I asked the Conservatives to respond to criticism dished out on Twitter by Raffi, I received a statement that began "Prime Minister Harper's number one priority is the economy." There was no mention of the children's entertainer or his concerns.

Conservative candidates routinely refused media interview requests and were MIA at all-candidates debates. Out here, the party was offering up James Moore for media interviews – and he wasn't even running.

And then, in defeat, the leader quit by press release rather than inform Canadians himself.

Scene two: At an event, also in the final days of the election campaign, Justin Trudeau was pressed by a reporter about the resignation of his campaign co-chair. When some Liberal supporters in the crowd objected, Mr. Trudeau admonished them. "Hey! We have respect for journalists in this country. They ask tough questions and they're supposed to. K??"

It felt a little staged (one might expect better from a former drama teacher), but the message was clear: Mr. Trudeau would do things differently.

And he has. The day after the election, Mr. Trudeau held a news conference at the National Press Theatre – underused in the acrimonious Harper era – taking actual questions from journalists.

This should not be remarkable. But in the environment in which reporters have been operating, it felt that way. It's almost like breaking up with a bad boyfriend you didn't realize was so awful until you meet the next guy – and he actually talks to you. He answers your questions!

This atmosphere of government control and inaccessibility is not just an issue in Ottawa.

B.C.'s privacy commissioner this week released a scathing report revealing "major deficiencies" in access to information practices by the premier's office and two ministries, citing the willful destruction of records in response to FOI requests – including a request related to the Highway of Tears.

Meanwhile, a move by B.C.'s Ministry of Children and Family Development this week elicited guffaws in newsrooms around the province: At 3 p.m. PT on election day, it released its findings into a tragic high-profile case. It was a response to a five-month-old report (also scathing) by the province's Representative for Children and Youth into the overdose death of an aboriginal teenager, identified as Paige, who had been in government care before her death at 19.

That the ministry chose to release its report on Monday, shortly before the polls closed out east (and results started rolling in) – when journalists would obviously be occupied – was appalling.

When asked about this the next morning, Minister Stephanie Cadieux told reporters: "The work of the ministry doesn't stop with a federal election."

It's hard to believe that the inconvenient timing would not occur to a government that obviously gives media coverage a fair bit of thought. It sends out news releases about every little thing: "Rock music legends make tour stop in Sun Peaks" (Platinum Blonde, Foreigner's lead singer); "Summer staycation dos and don'ts" ("Do sleep-in [sic], read a big book, and spend time with your family").

It is crucial that this trend of limiting media access be reversed. Journalists at the very least act as a proxy for citizens; we have access – or should – to those in power. In order to hold governments to account, reporters require access to those governments. This is how journalists can expose bad behaviour – systemic or individual (the senate scandal, Rob Ford) – and effect change. When journalists are cut off, society suffers.

But we're starting a new relationship with a nice guy, it seems. Here's hoping it works out.

Opinion
Why the Liberals struck a chord with voters
October 23, 2015 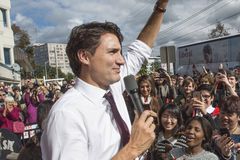 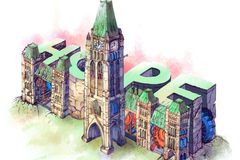