Do you lose the ability to control your behaviour over time?

The answer seems obvious: Of course, self-control is limited in quantity. Everybody knows that! Because willpower is limited, dieters have a tougher time restraining their impulse to grab a pint of ice cream at the end of a long day and parents tend to become exasperated with their kids when they are especially tired. But is "everybody" right? It depends who you ask.

According to nearly 20 years of research by social psychologist Roy Baumeister, self-control is limited. The idea that willpower is based on some limited resource is appealing and intuitive: Just like your car consumes fuel to get from one point to another until there is no more fuel and no more driving, the argument goes that you consume some limited brain fuel to restrain your behaviour throughout the day until you reach a point where this fuel is used up or depleted and you're left without the ability to control yourself any further. This sort of model supposedly explains why people tend to grab bags of chips and sit on the couch after a long day – the self-control fuel is depleted.

The appeal of this idea is evident in how often it is discussed in popular media and books. Vanity Fair's Michael Lewis recently reported that even U.S. President Barack Obama knows about it, and arranges his schedule to avoid it.

This idea may be intuitive and it may sound right, but is it accurate? Don't bet on it.

In a new paper in Trends in Cognitive Sciences journal, Brandon Schmeichel, Neil Macrae and I argue that although willpower wanes over the course of a day, it's not that people cannot control themselves – it is that they choose not to. People become couch potatoes at the end of a long day of work not because all their willpower has been used up but because of their natural desire to balance the demanding labour of life with gratifying leisure. This may seem like a semantic difference, but it is not: It suggests that fatigue does not incapacitate our self-control. Rather, we can change our mindset or partake in short bouts of mental leisure to boost self-control.

Why do we need to revise the old model?

First, if willpower is based on some real, finite resource – and "resource" is not merely a metaphor – then what is this resource? Prof. Baumeister and colleagues say the resource is glucose or sugar, suggesting that the cure for depleted willpower is the consumption of glucose. Tell that to a dieter who's trying to reduce calorie consumption! Although initial studies confirmed the idea, the glucose hypothesis has proven controversial among scientists. Most notably, scientists have failed to replicate and confirm glucose as the foundation of self-control.

Second, other research suggests that simple changes in mindset can lead to sustained self-control even when people are tired. In a study in the journal Personality and Social Psychology Bulletin, Mark Muraven found that when people were sufficiently motivated, their willpower seemed perfectly intact in the face of fatigue. A second study by Edward Hirt and his students found that a more important determinant of people's willpower was not their actual level of exhaustion but their subjective perceptions of exhaustion. Finally, Veronika Job found that people who believed willpower was unlimited showed no self-control failures when tired.

All three of these studies are inconsistent with the notion that self-control is a limited resource. To return to the car example, when your car runs out of fuel, it will not drive you from place to place no matter how motivated you are to get to that place, no matter your incorrect belief that the fuel tank is full, and no matter your magical belief that fuel tanks never run out.

Analysis from our own labs suggests that the reason that willpower wanes over time is that people experience a change in the level and quality of their motivation. Based on labour-supply economics and the work of Matthew Botvinick, we have suggested that the more people engage in mental work, the less they value further work, and the more they value mental leisure. Controlling your thoughts, emotions and behaviour is hard work; the more you do it, the less you want to continue doing it and the more you want to relax and indulge other more base desires. Fatigue leads to a shift in attention and emotion away from "have to" goals and toward "want to" goals.

The implication of this new model is that you can increase self-control by changing the way you think about your goals. Although it is very difficult to do, if you can find pleasure in your goals, seeing them as personally meaningful and enjoyable, you will find that you can control yourself just fine. This model also suggests that self-control can be boosted by short bouts of "mental leisure." Good corporations already know this, as evidenced by them trying to make work pleasurable and fun, and them offering opportunities for leisure. (Where's that massage therapist?)

The prevailing view of self-control suggests that when you are depleted, you simply cannot control yourself. At best, this idea is wrong; at worst, it is actually dangerous – the more we hear about this view, the more we believe it to be true, and the less motivated we'll be to exert effort when we sense that we're tired. It's time to retire it.

Michael Inzlicht is an associate professor in the psychology department and cross-appointed to the Rotman School of Management, both at the University of Toronto.

Opinion
Fear math, not numbers – the kids will thank you
April 3, 2014 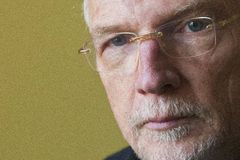 Opinion
Your ancestry may be your destiny
March 22, 2014 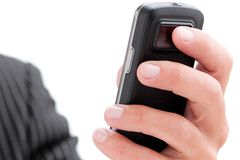