Derek Burney and Fen Osler Hampson
Contributed to The Globe and Mail
Published September 26, 2014 Updated May 12, 2018

Derek H. Burney was Canada's ambassador to the United States from 1989 to 1993. Fen Osler Hampson is a distinguished fellow and director of Global Security at the Centre for International Governance Innovation. They are the authors of Brave New Canada: Meeting the Challenge of a Changing World.

The Ebola epidemic in West Africa is a stark reminder of the inability of some multilateral institutions to respond to global crises in accordance with their mandate.

Canadians are all too familiar with the World Health Organization's missteps during the SARS crisis a decade ago, when the organization issued hyped-up health and travel advisory warnings that cost the city of Toronto billions of dollars in lost revenue.

This time, the problem is different: No early warning about the gravity of the crisis was issued and the response, when it came, was much too little, far too late.

Once again, the United States, notably its military, stepped belatedly into the vacuum, along with relatively modest commitments from China and Cuba, among others. Also particularly noteworthy have been contributions by private and non-governmental players, such as the Bill and Melinda Gates Foundation and the ever-valiant Médecins sans frontières, whose physicians have put their own lives on the line to help those suffering from this deadly disease. Canada's pledge to provide an additional $30-million to fight the epidemic is welcome, but it won't fill the yawning resource gap.

From the early stages of the outbreak, the WHO, which should have been in the vanguard of the emergency response, was less than conspicuous. It took five months after the first cases of Ebola were discovered for the WHO to declare that the West African outbreak of the disease represented a global health emergency, and still another month for the UN Security Council to render its own verdict on the crisis, which by some estimates could now soar as high as 1.4 million infected by early next year.

What was lacking was direct action by the WHO itself and the leadership, the commitment and the advance planning that one might have expected from an agency ostensibly charged with the responsibility for combatting global epidemics.

When the postmortem is eventually written, WHO defenders will argue that the organization was cash-strapped and could only be as effective as its contributing members enable it to be. For an organization with an annual budget of almost $2-billion, that is a lame excuse.

The painful reality is that improvisation and ad hockery are the order of the day whenever the world is confronted by disaster, whether it be typhoons, hurricanes, earthquakes, drought or disease. A coalition of emergency responders is cobbled together at the 11th hour, usually led by the United States, humanitarian non-governmental organizations and agencies.

In the meantime, UN agencies typically thrust their media operatives into the spotlight to describe the calamity in sobering, hushed tones. But when that message is delivered from Geneva or New York, it falls flat, especially when it's not clear what the organization itself is doing to help the victims or stop disease from spreading.

Fire stations are located in neighbourhoods so that firefighters can react quickly and stop fires from spreading. Perhaps it's time to reconsider the model of locating so many UN agencies in European cities such as Geneva, Rome, Vienna or Paris. Why aren't they closer to the action in developing countries, where such problems typically emerge? A change of location might also attract a more motivated type of personnel. As we all know, the locale of any organization conditions its behaviour and response.

Instead of heavy layers of bureaucracy, designed primarily to fill regional quotas where favouritism and dead wood abound, why not also invigorate these agencies with merit-based appointments of activists who have real field experience and leadership skills, and give them a clear mandate for reform?

Financial contributions from UN members like Canada should be determined more by performance and less by outdated contribution formulas that are unrelated to results.

Noble commitments led by the United States and private foundations with a higher tolerance for risk and a stronger desire to serve are certainly better than the typical sclerotic response from agencies that slip-slide away from their intended duties. If the WHO is not up to the task, we clearly need to know why, and to determine how the world community can better manage the next epidemic. 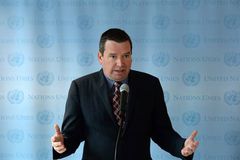 ROB Magazine
Nothing spreads like fear, especially in a battle against Ebola
May 12, 2018 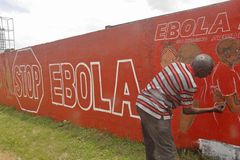