All my friends are asking me if there's any way Donald Trump can get elected president. My answer is to cross my fingers and say no.

I say this because I believe the American people are not, ultimately, batshit crazy. Mr. Trump appeals to their lizard brain. I believe, perhaps naively, that most voters will still possess some remnant of executive function on election day.

Conrad Black does not agree with me. The normally astute Mr. Black has been shilling for Mr. Trump for some time now. Perhaps it's the mischievous contrarian in him. Or perhaps it's because Mr. Trump stood up for Mr. Black during his recent troubles, and he owes him. At any rate, Mr. Black writes that "Donald Trump is very close to one of the most astonishing political victories in American history."

A better bet is that Donald Trump will lead the Republican Party (or what's left of it) into the abyss. It will be the worst rout since Barry Goldwater lost to Lyndon Johnson in 1964 by 23 percentage points.

I'm assuming Mr. Trump gets the nomination. I can't see how he won't. But the electoral math is dreadful. Demographics are not on the GOP's side. Angry white guys are a shrinking minority of the population. Perhaps half of all Republicans dislike Mr. Trump, and won't vote for him. Thoughtful people in the party (there are some) believe a Trump nomination will be suicide. The ethical ones will fight him to the bitter end. The opportunistic ones will try to explain why the guy who was a nation-wrecker yesterday is just the man the country needs tomorrow.

Mr. Trump will be opposed by the entire mainstream media except Fox News. Which, come to think of it, might work to his advantage.

Mr. Black actually believes that Mr. Trump can fix the corrupt U.S. government system. In fact, he wants to destroy it, along with what remains of the culture of consensus and compromise. He's a wrecking ball. He believes experts are idiots and wears his ignorance with pride. He acts on instinct and impulse, makes up stuff as he goes along and scatters his lies like confetti. He's written more books than he's read. This does not hurt his ratings. It enhances them.

To Trump backers, this election is not about policy and expertise. It's about power and domination. He is the Alpha Male, and all of his opponents are wimps with shrivelled testicles (or none at all). If you want a preview of his campaign, check out the attack ad currently playing on Instagram. It shows Hillary Clinton barking like a dog as a terrorist aims a gun and Vladimir Putin snickers. Oh dear.

How does Ms. Clinton counter that? She can't out-tough Mr. Trump. But therapeutic nurturing clichés ("Let's make America whole again") won't cut it either. She'll have to keep reminding people she's the sane one. Maybe she could dig up that daisy ad from 1964 – the one warning that Mr. Goldwater was loony enough to push the nuclear button.

Remember hope and change? This election is about fear and loathing. Never have two candidates been so disliked as Mr. Trump and Ms. Clinton are. The voters don't trust either of them. (Only 37 per cent of respondents in a new Washington Post poll said Ms. Clinton is honest and trustworthy.) The November ballot question will be which one voters fear more and which one they loathe less. Their choice will be the machine politician or the huckster. (By the way, if you think Mr. Trump has no supporters here, you're wrong. You should see my inbox.)

The other day the Chinese government used Mr. Trump and the threats of violence in Chicago to declare that democracy can be downright scary. The Chinese government has a point. Never in my lifetime has a nominee for president been so clearly unfit for office – not even Mr. Goldwater. America is about to cross a line, and there's no going back.

Ever since I moved to Canada in the last century, I've been insisting that my ex-country is not as crazy as it looks. Ultimately it corrects course. But that's getting hard to do. It gets hard when you drive around Florida listening to people on the radio calling the President of the United States a traitor. It gets hard when you meet educated professionals who swear that Barack Obama is a foreign-born Muslim. It gets hard when the voice of every conspiracist and wacko is amplified in social media.

I still do not believe Americans are crazy enough to elect Mr. Trump. But I could be wrong. As smart people keep saying on TV, no one knows nothing any more. Even David Plouffe, the mastermind of Mr. Obama's 2008 campaign, says it could be close. Maybe he's just hedging, because he doesn't want to look as stupid as all the other pundits who never saw it coming.

Or maybe I'll have to eat this column. Mr. Black can pass the salt.

Editor's note: An earlier version of this article said Barry Goldwater lost to Lyndon Johnson in 1964 by a margin of 23 per cent. In fact, the loss was a 23 percentage-point difference.

How a preening, bellicose racist was allowed to trump American values
March 4, 2016 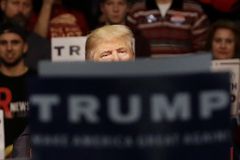 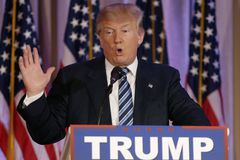 To stop Trump or embrace him? Either way, the GOP may be signing its death warrant
March 14, 2016 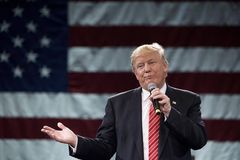 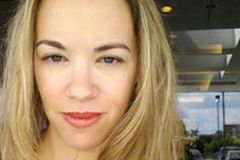