Isabel Vincent is a reporter at the New York Post. She was the Globe and Mail's South America bureau chief from 1991 to 1995.

"The Justice is here to see you," the hotel receptionist said, slightly breathless, when she called me in my room Monday morning.

There was no escape. I swallowed hard, grabbed my purse and took the elevator down to the lobby of my hotel here. "The Justice" – the generic term in Portuguese that can refer to anyone from a lawyer to a judge to the ministry of justice – turned out to be a tough-talking process server smelling of stale tobacco. He flashed me his identification, waved a sheaf of papers in my direction and ordered me to sign.

At first I refused, fully aware of the absurdity of the situation: I was an official guest of the Canadian government at Brazil's most important book fair, and I was being sued for my latest book, which is now more than four years old. In fact, Gilded Lily: Lily Safra – the Making of One of the World's Wealthiest Widows is now considered so controversial that it has been banned in Brazil for more than a year. Distribution of my book in Brazil carries a fine of approximately $50 a copy.

A court in Curitiba, in southern Brazil, banned the book – a biography of Ms. Safra, the billionaire philanthropist – after one of her relatives alleged that I had defamed a Safra family member, who is dead. This took place even though the book had never been sold in Brazil, and has never been translated into Portuguese.

Now, I have the distinction of being the only foreigner to have landed in the centre of a long-simmering controversy in Brazil, where privacy laws can prevent the publication of unauthorized biographies. In Latin America's biggest democracy, it's not uncommon for "the Justice" to order the seizure of unauthorized biographies from store and library shelves. A publisher in Rio I met said he is a defendant in dozens of cases filed under the privacy law. A journalist who works for Zero Hora, the leading daily in Porto Alegre, a southern city of about two million people, told me that he is a defendant in 30 lawsuits.

Another reporter, veteran Brazilian journalist Klester Cavalcanti, who was at the book fair promoting a memoir on being taken prisoner when he covered the war in Syria, arrived at the hotel just as the process server left.

"It's outrageous," he said, staring at me in disbelief.

They all told me that the Brazilian Supreme Court is "dealing" with the issue and no one can imagine that the censorship will be allowed to continue. But "the Justice" moves slowly in this country, and I have been hearing this same argument for more than a year.

When I was first invited to the fair, which this year put the spotlight on Canadian writers, I had warned my Canadian hosts about my situation, and politely declined, to avoid an incident, diplomatic or otherwise. But to their credit, Canada's representatives here insisted I attend, and accompanied me to every lecture I gave on investigative journalism and freedom of speech. They even escorted me to the airport to make sure I had no problems leaving the country.

But they weren't there when I faced the process server, who told me that if I didn't sign the documents, written in a Portuguese legalese that I found difficult to understand, I would be "poorly viewed" by the courts here. He intimated that I would be obstructing "the Justice."

Numb, I signed in the space he indicated with his tobacco-stained finger. He scooped up the papers and took his leave, even offering to shake my hand. As I watched him rounding a corner next to the hotel parking lot, I realized that "the Justice" had prevailed. My case is ongoing. 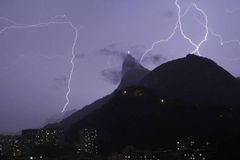 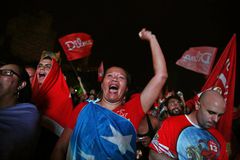