If you found yourself sickened by the sneering character assassination that marked the campaign for mayor in Canada's largest city, you may have spared a thought for the poor sucker who suffered the brunt of the smears.

You're surely thinking about Rob Ford, who won by beating back an unbecoming, though relatively small, amount of snark about his weight and a large volume of skepticism about his track record, his crass style, his position on gay rights and his inability to articulate a detailed or coherent election platform.

But it wasn't Mr. Ford who took it on the chin the hardest. It was the downtown Torontonian, who, in the past few days, has been described variously as a "smarmy," "self-selected intellectual elite" or "urban sophisticate" who "haughtily" "cycled to Starbucks, ordered up a stiff Frappuccino … and surveyed the damage" after the election instead of the usual "self-righteousness" and "contempt," including but not limited to "recycling schemes," "soy-based weed control" and painting suburban drivers as "greedy," all with a "condescending superiority complex."

Ouch. And that's just what they're writing in other, non-"contemptuous" parts of Toronto.

But it's not just Toronto's urbanites who have damage to survey. To hear some tell it, any Canadian who lives within walking range of a city transit station or overpriced coffee is a smarmy elitist or condescending anti-car nut who knows nothing about the real world, rural or suburban issues, car culture or the kind of people who elected Mr. Ford. Send all those haughty elites back where they came from.

Here's the problem with that argument: Where they came from is the rest of Canada.

Most of the country's supposedly clueless urban elites are not disconnected from the "real" world. They are from it. They grow up in your town, your suburb, your province. They are politicians, bankers and journalists, yes, but they are also students, artists, office workers, retirees, service workers, carpenters and teachers. They spend their formative years surrounded by rural or suburban Canadians, by car culture and by a large number of Rob Fords. For one reason or another, they choose a different life.

There are any number of reasons. Some are attracted to urban living, where everything is within range of transit or bicycle. Some want careers that can only be pursued in cities. Some are gay and have bad experiences. Some realize their world views don't quite mesh with those of all the Rob Fords they know.

I've chosen to live in downtown Toronto, among the smarmy journalists, but I grew up in a small town and still drink my Tim Hortons black. I knew plenty of Rob Fords back home. Some are lifelong friends who drink too much and say things you might call inappropriate but have great hearts and open minds. Some others, and not a small number, helped cement my decision to leave - the ones who judged people by their pickup trucks, who ridiculed anyone who spoke up in class, who threatened people who might be gay or who might harbour a different outlook.

I don't know Toronto's new mayor, so I can't tell you which of those Rob Fords he is. Either way, some of what's been written about him has been offensive. But to chalk up widespread disapproval of the message he and his supporters sent - that streetcar tracks should be torn up, that downtown voters are objects of ridicule, that a Toronto mayor should endorse the view that gay marriage erodes democracy, that the inability or unwillingness to explain one's beliefs to voters doesn't matter - as nothing more than condescending elitism is to almost completely fail to grasp not just "urban sophisticates" but an entire cohort of Canadians. Is it any wonder they're skeptical?

Guy Nicholson is an editor in the Comment section of The Globe and Mail. 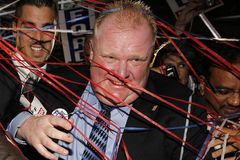 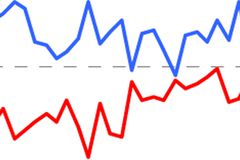