War, as Carl von Clausewitz famously said, is simply the continuation of politics by other means. In the Middle East, it is perhaps better to say that the only victories produced by war are the political kind – something that has never been more true than during this month's Israel-Gaza conflict.

Ostensibly, neither Israel nor the Palestinians are treating Israel's "Pillar of Defence" attack on Palestinian targets in Gaza as a political event; in fact, some observers have dismissed political readings of the attack as inappropriately cynical. But the operation and its Palestinian response have undeniably lifted the political fortunes of two key figures – and both are poised to take advantage of the attack's effects in forthcoming elections.

Benjamin Netanyahu, the Israeli Prime Minister, faces an election Jan. 22. While his Likud party has led in the polls all year, he was facing a difficult struggle to build a governing majority without the need to form an awkward coalition with left-wing or religious parties. In October, he joined forces with Foreign Minister Avigdor Liberman's right-wing nationalist Yisrael Beitenu party to create an electoral list that polls showed would have won 41 seats in the 120-seat Knesset.

That sort of narrow victory, followed by the difficult horse trading required to form an Israeli coalition, was being chiselled away by political events. Mr. Netanyahu's overt embrace of Republican candidate Mitt Romney in the U.S. elections, an embarrassing political miscalculation, was seen by some on the Israeli left as a powerful enough political blow to give a centre-left coalition an opening in the election.

But that was before "Pillar of Defence." Since the attack began on Nov. 14, Mr. Netanyahu's popularity among Israelis has risen sharply. A Nov. 19 poll conducted by the magazine Haaretz showed that 84 per cent of Israelis (and 90 per cent of Israeli Jews) supported the military operation, although only 30 per cent support a ground invasion of Gaza.

The poll showed that Mr. Netanyahu's popularity had risen to 55 per cent – far short of the 85 per cent ratings won by former prime minister Ehud Olmert during the 2006 attack on Lebanon, but a boost for a leader whose bellicose policies have been highly divisive. Mr. Netanyahu's right-wing bloc are now projected to win 69 Knesset seats, versus only 51 for the centre-left parties.

"If elections were held now, Netanyahu would easily win," Camil Fuchs, the Tel Aviv University statistician who conducted the Haaretz poll, told the Independent newspaper. However, he cautioned that historically, "the impact of these military operations on the electorate is not lasting."

But Mr. Netanyahu may be able to gain another way: As long as the conflict continues, the opposition parties have been forced to suspend campaigning. As long as the Israeli prime minister can continue to be perceived as victorious, he can only gain from the operation.

Khaled Meshal, the leader of the militant Gaza-centred political organization Hamas, potentially stands to gain even more political standing. His defiant response to the Israeli attacks has given his organization – listed as a terrorist group by some countries, including Canada – a new political credibility among Palestinians in the West Bank who had previously preferred the more moderate leadership of the Palestinian Authority, whose leader, Mahmoud Abbas, was preparing a bid to have Palestine recognized as a non-member state by the United Nations when the attack began.

Mr. Abbas was already suffering politically as a result of an economic slump in the Palestinian territories and a perception that his political negotiations with Israel – in which he seemed willing to abandon the traditional Palestinian demand of a full right of return to former Palestinian lands within Israel – had accomplished nothing.

The conflict has had the effect of turning the more extreme Hamas into the legitimate voice of Palestinians – a transformation that could have dark implications for future relations with Israel, especially if Mr. Netanyahu's right-wing bloc are also holding a majority As Haaretz noted on Tuesday, Hamas has now "emerged as the party that Israel is negotiating with," while "Abbas and his Fatah faction have become irrelevant."

The most dramatic outcome of this conflict, then, could be a new political symmetry – albeit one of sharp extremes.

Opinion
Strange bedfellows want the U.S. to step up to the plate
November 18, 2012 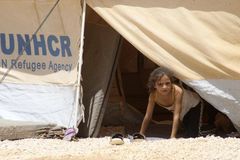 Opinion
Obama has stood by Israel, but that's not enough
November 19, 2012 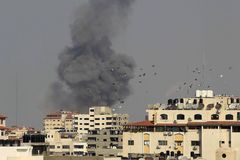 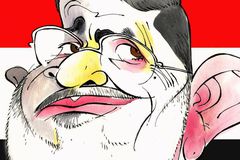