Change, murmuring in voters' ears, is like the sound of the sea in an ocean shell. It will not yield. And the longer the murmuring continues, the more insistent the desire to make it go away, which is what Quebeckers are feeling, and have felt for a while, about Premier Jean Charest and his Liberal governments.

Mr. Charest seeks his fourth mandate, one more than was wise, two more in a row more than modern-day Quebeckers had given any premier. Call it hubris. Call it arrogance. The longer he lingered, the more the desire for change grew, for a new face, a new approach, whatever. Nothing, after all, is more profound and intractable in a democracy than that "time for a change."

A Leger Marketing poll, echoing others, found that 68 per cent of Quebeckers want a change of government. What kind was not clear. On voting day, a muddy result might emerge.

Four years ago, Mr. Charest's Liberals won 42 per cent of the vote. Today, they appear to be hovering at 30 per cent or slightly below, and at around 20 per cent among francophones. Obviously those former Liberal voters did not slide to the Parti Québécois, still locked in the improbabilities of the province seceding from Canada. Instead, they would seem to have moved to the new Coalition Avenir Québec (CAQ), the only party, after all, that represents the amorphous, almost inchoate, desire for change.

It is said, correctly, that the CAQ lacks a "machine." It is spending only about a third of what the Liberals and PQ are spending in the campaign. Yes, this weaker ground game might count on election day. But remember that the federal New Democratic Party was a political formation in name only throughout most of Quebec before and during the last federal election. When Quebeckers decided en masse in mid-campaign to move, it mattered for naught that the NDP lacked a ground game. "On veut du changement," Quebeckers said.

Normally, this pressing desire for change would propel an official opposition to office, in this case the Parti Québécois. That party, however, is a parody of change, still gnawing on the bone of secession, its reason for being, still trying to figure out how to prod and cajole Quebeckers into going where they insistently and manifestly do not wish to go: out of Canada.

In 1980, 40 per cent of Quebeckers voted for something called sovereignty-association. Since 2004, according to Leger's data, support for sovereignty – a more precise phrase – has hovered between 32 and 42 per cent. Given a list of 17 priorities for Quebec, achieving sovereignty comes 10th. Even among secessionists, it ranks only third.

Sovereignty, therefore, has gone nowhere – but sovereignty-seekers have not. If the PQ wins the Sept. 4 election (a CROP poll this week put them ahead, but with just 33 per cent of the vote), what a piddling result it would be. It would plunge the PQ into yet another prolonged bout of strategizing about how to fire up fellow citizens to follow a hill they clearly do not wish to climb. The PQ's idea of change is therefore to go backward, to try again, reculer pour mieux sauter, dragging the province along for the ride.

Which leaves the CAQ. Leger asked respondents which party best represented change. The results: CAQ 39 per cent, PQ 12, Liberals 4. The CAQ is new, raw, untested, silly in some of its policies, a political stretch. Its leader, François Legault, once a fierce secessionist, now says he would shelve the whole sovereignty idea for a decade, which is what the majority of Quebeckers want.

Maybe he is opportunistic. His ideas for combating the statist assumptions of Quebec's ingrained political culture are daring and, for the most part, likely to fail. He is right about the province's high debt and sluggish growth, combined with fiscal obligations to which the other parties will add. His own fiscal assumptions are no more credible than those of the other parties.

Mr. Legault is the only leader saying things outside the conventional mainstream, which, in normal times, would be a ticket to marginality. But when the demand for change, vague but powerful as it is, blows this hard, the foundations of the province's political structure must to some extent be shaken – and for the better. 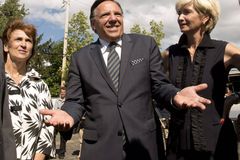 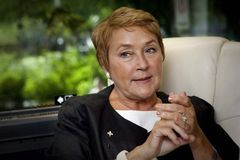 Opinion
Separatists stir up a nightmare in Quebec
August 28, 2012 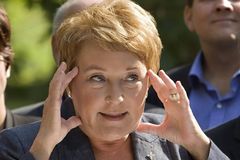 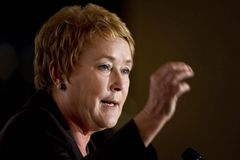 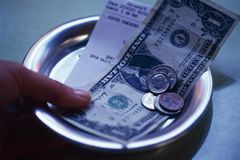