Even at a seaside hotel, the distant sounds of guns from a militia clash in southern Tripoli break the midnight silence.

The West and the United Nations have little difficulty spending billions on the military side of intervention. When it comes to bringing down a Saddam Hussein or a Moammar Gadhafi, cash and troops are no problem. But the end of such repressive regimes, as costly as this end can be in money and human lives, is just the beginning of the struggle for security and greater democracy.

Writing in the time of the English Civil War, with Europe still reeling from the violence, torture, rape and sheer mayhem of the Thirty Years' War, Thomas Hobbes made a simple point. The war of "all against all," where life was "nasty, brutish and short," had to end for real life to begin. Security – the monopoly of weapons, order and authority in some kind of sovereign state – was the essential precondition for other pursuits. Future political thinkers would come to worry about those other pursuits and the importance of freedom, pluralism and the rule of law. But Hobbes's essential point was that chaos must end before other things begin.

Libya has made a good case in point. The country of six million people suffered through a brutal dictatorship for more than 40 years. Col. Gadhafi's regime benefited from an annual $60-billion cash flow from oil and gas, but he did not invest in people, institutions or infrastructure, and his leaving was accompanied by much suffering and destruction.

In particular, the militias so heavily armed in the effort to defeat him have not disbanded. They have moved into organized crime and extortion, "protection services" and fighting for turf like so many gangland desperados.

The interim government, which succeeded a transitional government, has few levers and little power. The central institutions of state, such as the army, are small, poorly trained and poorly equipped. The General National Council, the temporary legislature body that hopes to create a constitutional committee (that will in turn write a constitution and then have elections) is poorly resourced and staffed and argues among itself.

Aid money is drying up, because governance assistance is the weak sibling of every Western government. But things fall apart when the centre cannot hold. And the consequences of this would be serious indeed – a failed state on the shores of the Mediterranean, unable to police its borders or provide for its people.

It is a simple lesson, yet to be learned: We need to deal with the consequences of military intervention with the same focus, determination and resources we have given to the destruction of bad actors. We can't leave the job less than half done.

If the militias are allowed to persist as separate power bases, and are not either disbanded or included in the army and police – and then trained effectively – the central government's ability to provide even minimal services will simply not be there. This requires further political reconciliation, persuasion and the capacity to carry out the necessary plan. The UN and those who decided Col. Gadhafi had to go still have work to do. The cameras may have left, but the task remains.

Bob Rae is working with the National Democratic Institute in Libya. 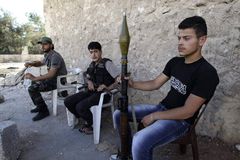 Opinion
The inevitable partition of Afghanistan
May 11, 2018 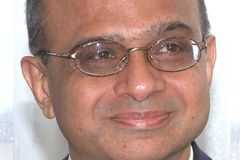 Opinion
For Libya to end the violence, it needs to shut down the militias
May 11, 2018 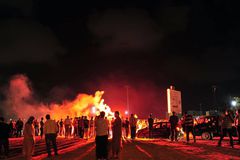