I've always had a soft spot for Detroit.

My feelings for the city took root at a young age. I sometimes summered at my aunt and uncle's home in Dearborn, a Detroit suburb. The first Major League Baseball game I ever attended was at Tiger Stadium. I was 10 and would never forget how the freshly watered outfield grass, a green the colour of which I hadn't known before, glistened in the afternoon sun.

Detroit introduced me to facts of life I would only come to understand years later. Like the day I went to take a drink at a public fountain in a downtown department store. It was the early 1960s, and I was maybe 8 or 9 at the time. I was quickly shooed away by a tall white woman who told me I didn't want to be sipping from that tap. There was another one across the floor for children like me, she said.

In my teenaged years, growing up in Sarnia, Ont., my buddies and I would make pilgrimages to the Motor City to see bands that were never going to come to our little part of the world. Often, we would drive our overloaded van into some of the worst parts of the city, blissfully unaware of the dangers that lurked. We passed by buildings destroyed years earlier in the 1967 riot. Most of them sat scarred and boarded up, stagnant reminders of the deep-seated problems plaguing the city.

Problems, it turns out, that only got worse.

Today, Detroit is facing Chapter 9 bankruptcy. On Wednesday, embattled Mayor Dave Bing, whom I once regularly watched dribble a basketball up the floor for the NBA's Detroit Pistons, offered up a last-ditch plan to avoid an outcome that seems inevitable.

The city has outstanding debt of almost $14-billion. Moody's Investors Service recently downgraded Detroit's bond rating deeper into junk status. Under Mr. Bing, who was elected in 2009 on a promise to clean up the mess at City Hall once and for all, the operating deficit exploded to more than $326-million in fiscal 2012 from just under $200-million a year earlier.

Of course, this problem has been building for years. Detroit has been plagued by incompetent and/or corrupt management at City Hall for decades. As the city faces bankruptcy, former mayor Kwame Kilpatrick is standing trial for effectively running a criminal enterprise from his office and bilking taxpayers out of tens of thousands of dollars. At one time, people thought Mr. Kilpatrick was going to be the saviour who helped get the city's lost mojo back.

Instead, like so many before him, he let it down.

In many ways, Detroit's decline paralleled that of the city's Big Three auto makers – Chrysler, General Motors and Ford. For years, nobody wanted their lousy, gas-guzzling cars, preferring instead the superior and more fuel-efficient products being made in Japan and elsewhere. When the Great Recession of 2008 hit, the U.S. government was forced to step in to manage the bankruptcies and restructuring of GM and Chrysler.

Today, all three are making better cars and posting better results. Chrysler, in fact, recently announced a nine-fold increase in profits since 2011.

But when the recession hit, and the car manufacturers shed thousands of jobs, even more people left Detroit. At one time, it was the fifth-largest city in the United States. Now, it's the 18th, with about 700,000 citizens. The jobless numbers sit at a miserable 18 per cent – more than twice the national average. Meanwhile, the murder rate remains one of the highest in the country, something that has always been one of the city's more notorious calling cards.

Today, people in Detroit talk about the stigma attached to bankruptcy, something they say would tarnish the city's image in the eyes of the broader world. Fact is, the city's brand could not be any more blackened.

Decades of ill-conceived decisions, blatant political corruption and depressing fiscal mismanagement have finally caught up with the city. In order to live, Detroit may first have to die.

Detroit mayor to make final pitch to avoid state takeover of city
May 11, 2018 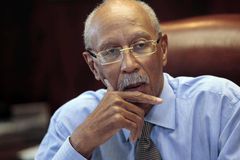 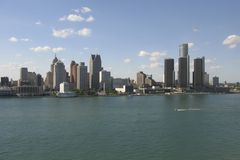