A curious moment came in the House of Commons this week when John Baird, the tub-thumping Transport Minister, defended his government's partisanship on stimulus spending by enthusiastically quoting that old pork-barreller Jean Chrétien.

Conservatives used to mock Mr. Chrétien as "the little guy who shagged the taxpayer." But here was Mr. Baird embracing the former prime minister for his shrug-it-off attitude to the dark arts of politics, quoting him as saying, "I don't see why we can't take credit for what we do."

That's what the Harper government is trying to do with respect to its stimulus program. Dismiss the allegations of excessive partisanship and take the credit for helping people.

But it won't be easy. There is a root problem. It is that Stephen Harper has too much Jean Chrétien in him. They are very different characters, of course, but in the operation of politics they share the same weakness - an acute and overbearing combat mentality and authoritarian tendencies, which are not always contained, serving to diminish their records and the public's respect for politics.

Mr. Chrétien comes to mind these days because it was his government a decade ago that was hounded in the Commons for months on end for doing the same type of thing Mr. Harper is accused of doing now: politicizing the awarding of grant money to favour his own.

It's hard to believe that having witnessed the beating the Chrétien Liberals took, Mr. Harper would engage in any grant-giving activities that would resemble the former PM's. But he has already admitted that his MPs were wrong to put their names or party logos on stimulus cheques. Additionally, there is growing evidence that his team disproportionately steered grants to Tory-held ridings.

It need be noted that the Harper government's excesses, from what has been learned so far, are no match for those of the old Liberals. The Chrétien-era abuses extended far beyond the sponsorship scandal. Remember the Transitional Job Funds program? Grants just didn't disproportionately go to Liberal constituencies. They went in large number to Mr. Chrétien's riding, occasioning the Business Development Bank imbroglio, the related golf-course uproar and umpteen other controversies over grants allegedly falling into inappropriate hands.

No department in Mr. Harper's government is accused today, as was the grant-administering Human Resources Department in Mr. Chrétien's day, of being so shoddily run that, to quote then-minister Jane Stewart, it was like it was "in the Dark Ages."

Conservatives rightly denounced these practices and made pledges of a new era of transparency in campaigning for office. But it was soon apparent that there would be no such change. There followed under Mr. Harper a degree of one-man rule heretofore unseen, excessive secrecy, the attempted thwarting of the Parliamentary Budget Officer and other potentially adversarial title-holders, the writing of a manual to obstruct Commons committees. There was Cadmangate, NAFTAgate, assorted other gates, some significant, some not, and now the politicization of grant money.

The manhandling of the system is not altogether unlike the Chrétien Liberals' running roughshod over their Ethics Counsellor, their shutdown of the Somalia inquiry, their treatment of protesters at the Asia-Pacific Economic Co-operation summit and their brutal takedown of Business Development Bank boss François Beaudoin.

Both prime ministers were operating under exacting circumstances, Mr. Harper's being a minority government, Mr. Chrétien's being the threat of separatists not only at the national level but in his own riding as well.

Career politicians, as Mr. Harper and Mr. Chrétien essentially are, dwell more in the realm of tactics than ideas. Career politicians, having witnessed so much, have a sense that you have to go low to win, that idealism is for the naive. Their fixity of purpose - on winning, on proving their worth - is such that they sometimes yield to whatever it takes.

With his comparable mentality, it isn't terribly surprising that Mr. Harper has found himself, and finds himself again, facing abuse-of-power charges that haunted the former Liberal leader. But it is stunning how bad history is capable of repeating itself. 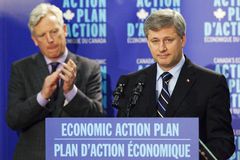 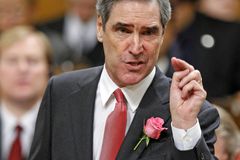 Breaking down the stimulus cash
October 21, 2009
Why the RInC?
October 21, 2009
Follow us on Twitter @globedebate Opens in a new window
Report an error
Due to technical reasons, we have temporarily removed commenting from our articles. We hope to have this fixed soon. Thank you for your patience. If you are looking to give feedback on our new site, please send it along to feedback@globeandmail.com. If you want to write a letter to the editor, please forward to letters@globeandmail.com.
Comments