Arianna Huffington is co-founder and editor-in-chief of the Huffington Post, and author of The Sleep Revolution.

A lot of ink and pixels have been devoted to Spanish Prime Minister Mariano Rajoy's proposal to end his country's tradition of the afternoon siesta. "I will find a consensus to make sure the working day ends at 6 p.m.," he said. He also suggested moving Spain's clocks back an hour, undoing Franco's 1942 decision to put Spain in the same time zone as Hitler's Germany. Spain's typical workday currently begins at 10 a.m., with the siesta commencing at 2 p.m. and running up to three hours, with the workday ending at 8 p.m.

I won't presume to say what is right for Spain and its people, or to minimize the complexity of overhauling the rhythm of a country's days and nights. It's not the first time Spain has proposed ending the siesta and it may not be the last.

Still, too much of the coverage around Mr. Rajoy's statement has portrayed the siesta – and the Spanish people – in a negative light, or as a punchline. As National Public Radio reported, "U.S. and British headlines say 'Adios, Siesta!' or 'Time to Wake Up!' – alongside stock photos of fat men snoozing, or even bullfighters sleeping on benches." Beyond national stereotypes, there's the all-too-familiar stigmatization of sleep, naps and recharging.

As The Independent notes, "Despite working longer hours than their German counterparts, statistics from the OECD show Spanish workers' productivity is much lower." But when it comes to how to increase productivity, so much of the conversation boils down to the assumption that the less we sleep, the more productive we'll be. Research makes it clear that this couldn't be less true. In the United States, where people are accustomed to sacrificing sleep in the name of productivity, the loss of sleep, despite the extra hours they put in at work, adds up to more than 11 days of lost productivity per year per worker, or about $2,280 (U.S.). This results in a total annual cost of sleep deprivation to the U.S. economy of more than $63-billion, in the form of absenteeism and presenteeism (when employees are present at work physically but not really mentally focused).

Spain's latest effort to abolish the siesta comes at a time when our collective relationship with sleep is in crisis. The evidence is all around us. If you type the words "why am I" into Google, the first auto-complete suggestion – based on the most common searches – is: "why am I so tired?" The existential cry of the modern age. And that's true only in New York but also in Madrid – and Toronto, Paris, Seoul, New Delhi, Berlin, Cape Town and London. Sleep deprivation is the new lingua franca.

At the same time, we're living in a golden age of sleep science – revealing all the ways in which sleep and dreams play a vital role in our decision-making, emotional intelligence, cognitive function and creativity. Every week, new research reveals how vital sleep is to our health, happiness, job performance and relationships. That includes naps. According to David Randall, author of Dreamland, even a short nap "primes our brains to function at a higher level, letting us come up with better ideas, find solutions to puzzles more quickly, identify patterns faster and recall information more accurately."

Many of us outside Spain are discovering, or rediscovering, the benefits of the siesta – or whatever word we may use for it. In the business world, a growing number of executives are realizing that well-rested employees are happier employees. I expect the nap room to soon become as universal as the conference room. At the Huffington Post, there was skepticism when we first installed nap rooms in New York in 2011. HuffPosters were reluctant to be seen walking into a nap room in the middle of a bustling newsroom in "the city that never sleeps." But now they are always full, and we're spreading nap rooms around the world.

When I feel in need of a nap, I use the couch in my office. I used to close the curtains of the glass wall in my office that looks out over the newsroom, but one day it dawned on me that leaving the curtains open sends a clear message to the newsroom that not only is there no stigma – at least at HuffPost – attached to napping, it's also the best thing we can do to recharge ourselves. So now the curtains stay open.

Whatever the fate of the Spanish siesta may be, and however their workday is reorganized, it's my hope that Spain will lead by example in showing that sleep, naps and recharging are actually the engines, not the enemies, of productivity. And that, in a time of many non-sleep-related challenges, the Spanish people will be able to face them fully rested, bringing all their creativity, ingenuity and wisdom to their days and to their nights.

The Spanish plan to shorten the work day – by getting rid of the siesta
April 7, 2016 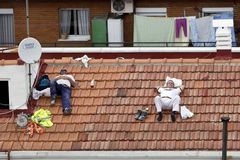 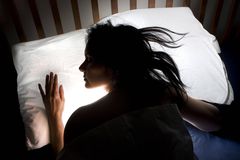 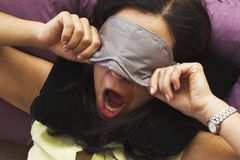