How many American movies and television programs have you seen about corrupt police, municipal civil servants on the take and mayors above the law? There's usually some crusading district attorney or incorruptible police unit that eventually puts things right (even if only temporarily). But the picture painted of municipal corruption remains an indelible part of U.S. cinema history, in part because fiction and truth were seldom far apart.

In Canada, these films confirmed that we in what used to be called the "peaceable kingdom" were somehow morally pure, at least in comparison to our American neighbours. Really?

Where are the Canadian film and television producers, especially the ones in Quebec, to portray what's been going on for years and years in that province's municipal politics? And where are the comedic writers to capture the ongoing circus at Toronto City Hall? There, the allegations are not of corruption but of crack cocaine use by Mayor Rob Ford (which he has denied). We haven't heard the last of that unfolding drama. Meanwhile, the city government is a mess.

Canada's two largest cities are in varying degrees of disgrace or dysfunction. Both bring discredit on themselves and, by extension, on at least parts of a country whose founding document prescribes "peace, order and good government."

In the history of Canadian political corruption – yes, there is a long history of it, including kickbacks in the construction of the Parliament buildings in Ottawa – little if anything rivals what has been unfolding in Quebec. One Montreal mayor has resigned. His successor, Michael Applebaum, is now charged with 14 criminal counts, including fraud, corruption, breach of trust and conspiracy in connection with two housing projects while previously mayor of a borough council. He resigned Tuesday as Montreal's interim mayor.

The long-time mayor of the Montreal suburb of Laval resigned and was charged under the Criminal Code with – wait for it – "gangsterism," the statutory provision usually reserved for drug kingpins or violent motorcycle gangs.

An interim mayor was appointed for Laval, but then he had to quit when police charged him and every Laval councillor but one with having taken kickbacks from contractors. If the police charges are correct, Laval was run for years under a regime of illegal payments, contract kickbacks and under-the-table electoral payments – in short, the whole municipal government was corrupt through and through.

Quebec's provincial government has appointed a three-person commission to oversee Laval until the next election. There are demands that something similar be implemented for Montreal, where one of the largest construction projects in recent decades (a new English-language mega-hospital) is also entangled in corruption allegations against former head Arthur Porter and charges against a former CEO of engineering firm SNC-Lavalin.

The Charbonneau inquiry into corruption in Quebec's construction industry has been hearing testimony for months. Some of it has been shocking – what witnesses have described was just the way business was done. A whole lot of politicians and civil servants were on the take, organized crime was deeply involved and yet nobody stepped forward to blow the whistle. The profound question: Why not?

Police are uncovering unsavoury things under political stones everywhere – the charges against Mr. Applebaum and two others being the latest. (One of the others, Saulie Zajdel, was a former member of the city executive committee and a Conservative candidate in the last federal election who ran a very nasty campaign again incumbent Liberal MP Irwin Cotler.) You have to wonder where the police were in recent decades in the face of such ubiquitous, deep corruption.

Not to excuse the principals in the Senate expenses affair in Ottawa, but it pales by comparison with what's been happening in and around Montreal for a very long time. And nobody in federal circles is alleged to have taken crack cocaine.

There are people of integrity and intelligence in both cities. Who will step forward and rescue them?

Opinion
Montrealers, even Quebeckers, are losing faith in politics
June 19, 2013 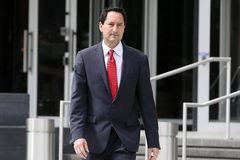 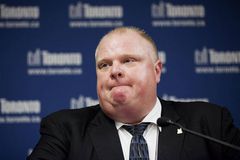