James Laxer is a professor of political science at York University.

Ontario Premier Kathleen Wynne is presenting her government's decision to privatize 60 per cent of Hydro One, the province's electric power transmission system, as a big win for the people of the province.

Not only will the selloff draw in the funds to pay off the utility's debt, it will bring in the capital to underwrite much needed investments in public transit in the province, according to Ms. Wynne.

In truth, the big losers will be Ontarians. They will be reduced from owners of the system to its tenants and they will pay out extra billions to the new owners over the decades to come.

First of all let's dispense with the argument that Ontario is strapped for capital where infrastructure projects, public transit systems among them, are concerned. The province can easily raise funds to undertake $4-billion in public transit investment, the amount touted by the government. Interest rates are very low and the province can readily borrow the capital needed for public transit. An important argument in favour of infrastructure investment is that it will increase economic productivity and will draw investors into the province as a consequence. If that argument is correct – it makes eminent sense – raising capital to invest in productivity enhancement will increase economic activity and will broaden the province's tax base.

When private companies pump capital into projects that increase productivity, everyone across the political spectrum touts the benefits. But when the public sector undertakes the investment – even though it has the same beneficial consequences – Bay Street screams that the government is pouring money down the drain.

A little history is in order. More than a century ago, the Conservative government of Ontario, under the inspired leadership of Adam Beck, established what became Ontario Hydro. Beck, a former mayor of London, Ont., and a manufacturer, promoted "public power" as he called it, precisely to increase productivity and to generate private sector investment.

Remember, Beck was a traditional Tory, not a socialist. He figured that if the province, along with municipalities, took over the generation and sale of power, businesses, farmers and homeowners would benefit from cheap and reliable power. And when Hydro made money, so would everyone. The "public power" movement was sustained in a series of referenda in Ontario municipalities through which the voters, by large margins, chose the public system.

Traditional Tories such as Beck – who had little in common with today's political right – promoted public investment as the route to prosperity. Their motivations were thoroughly capitalist. That's why they won the backing of manufacturers and other business people for public power and public transit.

Selling 60 per cent of Hydro One stands this historic model on its head. Yes, the province will gain a one-time hit from the sale. But the new owners will make returns on their investment that are far in excess of the cost to the province if it chose instead to borrow to invest in public transit. Bay Street and private investors, not to be confused with philanthropists, are already jumping up and down at the prospect of tapping into an assured profit stream going on into the indefinite future. And, of course, consumers will pay more for their power.

It's cheaper and much more efficient for Ontario to keep Hydro One completely in the public sector and to draw on its revenue stream to help support future infrastructure investments.

For the past 30 years, governments on both sides of the Atlantic have been selling off electric power, telephone, railway and water and sewage systems to the private sector. Among the big winners have been corporate managers who migrate from the public to the private sector and get wealthy in the process. The number one privatizer, of course, was Margaret Thatcher, whose British government enriched a whole new host of capitalists through privatization. It's not surprising that polls show that a large majority of people in Britain, including Conservative supporters, favour the re-nationalization of energy and railway companies. They are disgusted at paying so much for such poor service.

Before she proceeds with the folly of privatizing 60 per cent of Hydro One, the Premier ought to carefully consider the alternative, an alternative with deep roots in the Ontario experience. 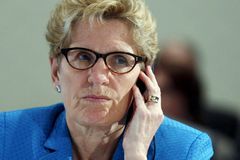 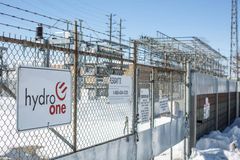