One year after Nelson Mandela's death, it's worth remembering what he considered to be the worst part of his 27 years in prison. Not the cruelty of guards or the backbreaking labour or being kept from his political struggle, but the deprivation of human company.

"I found solitary confinement the most forbidding aspect of prison life," he wrote in his memoir, Long Walk to Freedom. "There is no end and no beginning; there is only one's mind, which can begin to play tricks. Was that a dream or did it really happen? One begins to question everything."

People who have been stuck in solitary confinement report the same degradation of the mind, whether they were political prisoners, hostages or petty criminals being punished for jailhouse transgressions in Canada or the United States: They lose themselves, and their power to think. They become, weirdly, both hostile and lethargic. They give in to despair.

As Senator John McCain has written, his isolated confinement during the war in Vietnam was the worst form of torture: "It's an awful thing, solitary. It crushes your spirit and weakens your resistance more effectively than any other form of mistreatment."

It is a form of punishment used to break the spirit of political prisoners by repressive regimes, and denounced as torture by human-rights groups and the United Nations. You have to wonder, then, why the practice of solitary confinement is so popular in Canadian prisons.

Patrick White brought this alarmingly to light with his story in this weekend's Globe about Edward Snowshoe, a young man who was broken by solitary confinement in the maximum-security Edmonton Institution, and took his life there. (Half of all suicides in federal prisons in Canada occur in solitary.) Like Ashley Smith before him, Mr. Snowshoe was a young person whose mental-health problems were infinitely worsened by being kept in solitary. Like Ms. Smith, Mr. Snowshoe found a permanent way out. Their deaths were the subject of inquiries, which came to blistering conclusions about how the system had failed them.

Yet the system hasn't changed, so they're failed again. If anything, as Mr. White points out, it's getting worse. Even as the rest of the democratic world aims to do away with solitary confinement – in Denmark, for example, segregation is limited to four weeks, and in the United States, the practice is the subject of court challenges – the percentage of prisoners kept in isolation in Canada is rising, from 5.2 per cent in 1999 to 7 per cent now.

We can't know why Corrections Canada follows this particular path, because no one from the agency would talk to Mr. White for his story. Instead, the vacuum is filled with evidence that no good comes from keeping people isolated for 23 hours a day, often for months or years on end. What comes from it, as reported by medical doctor and New Yorker writer Atul Gawande, is a brain that shows the same effects as if it suffered a major physical injury. "All human beings," Mr. Gawande wrote, "experience isolation as torture."

Let's assume for a minute that the purpose of prison is not merely to keep bad guys off the streets but also to ensure that, while socked away, they become better guys. Or at least not worse. Even setting aside the issue of human rights, strictly looking at it as a bottom-line proposition, rendering the people you put away unfit for human society is not a sensible policy. Here's what the Canadian Medical Association had to say about the effects of solitary confinement on the mind, in a recent editorial headlined Cruel And Usual Punishment: "Long-term effects include impaired memory, confusion, depression, phobias and personality changes, which may affect the offender's ability to successfully reintegrate into society upon release."

In other words, unless you want to crush someone's spirit irrevocably – say, if you're a dictator with a prison full of dissidents you're trying to drive insane – solitary confinement is not the best path to rehabilitation. Torture never is. "It degrades you," James Wigmore, another former prisoner kept in solitary, told Mr. White for his story. "It degrades your mind."

Most prisoners don't get to tell their stories, especially the ones who are kept isolated from human contact for 23 hours a day. Their stories get told by coroners' inquests and special investigators, once they're dead. But that silence doesn't mean the country can't listen. 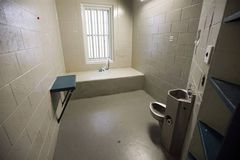 Opinion
Edward Snowshoe’s death exposed the reality of torture in Canada
July 14, 2014
Follow Elizabeth Renzetti on Twitter @lizrenzetti
Report an error Editorial code of conduct
Due to technical reasons, we have temporarily removed commenting from our articles. We hope to have this fixed soon. Thank you for your patience. If you are looking to give feedback on our new site, please send it along to feedback@globeandmail.com. If you want to write a letter to the editor, please forward to letters@globeandmail.com.
Comments