Realpolitik is liberating Syria from the Assad autocracy, while the institution-based international system – most notably the United Nations – has largely failed, because it depends on agreement among the permanent members of the Security Council.

Moscow seems implacably committed to supporting the Damascus regime. Such is the Russians' commitment to their traditional activist role that they are underwriting their Syrian ally at great cost to their own reputation as a constructive institution-based player, rendering impotent the mechanisms so ably used in Libya.

Even if the Russians were acting otherwise, it remains dubious how effective UN and North Atlantic Treaty Organization intervention could be. A no-fly zone would have limited impact, since Syria possesses an impressive array of military hardware. A severe sanctions regime, even banks running out of money, might have less impact than thought. Sanctions would be ignored by Russia, China, Iran and others. NATO boots on the ground would be a disaster, embedding outside players in a complex world where denominational identity trumps international standards of right and wrong. Indeed, the regime continues to draw on significant public support, despite falling morale over the setbacks of recent days.

For better or worse, we are now witnessing something much different from institution-based multilateral foreign policy. We are facing the world of realpolitik, where different, and committed actors, inside and outside Syria, are playing by standards that liberal internationalists abhor. For the most part, state players such as Canada (which has no seat on the Security Council, in any event) are contenting themselves with largely useless platitudes, even if strongly felt. Tighter teams are playing hardball, pursuing their own distinctly sovereign interests through clandestine diplomacy.

The hardball players that really count are relying on traditional raw power mechanisms. The Russians not only seek to preserve their sole naval base outside the former Soviet Union (in Tartus, on Syria's Mediterranean coast) but to protect Iran's interests in ensuring a Shia crescent stretching from Tehran to Baghdad to Damascus and ultimately to Lebanon through Hezbollah, thereby giving Moscow a key zone of influence. The ruling Alawites in Damascus represent an offshoot of Shiism that has traditionally feared and been abused by the majority Sunnis. It is to such minority Syrian communities, who value secularism, that Moscow has committed itself.

Washington is acting covertly with hard-core regional allies like Saudi Arabia and Qatar to support the Free Syrian Army on the ground. U.S. action is directed not only against autocracy and arbitrary rule. (How could it be with Saudi and Qatari bedfellows?) Rather, the shared concern of this trio is countering Shia Iranian dominance, and such co-operation is persuasive, given Iran's revanchist agenda.

This support has come in the form of Saudi and Qatari money and arms to the rebels, facilitated by Turkey and Jordan. The Central Intelligence Agency is almost certainly playing an active role in training and organizing the rebels, both in Turkey and very possibly in Syria itself, where sizable chunks of turf are controlled by insurgents. Over the past two months, the effects of that commitment on the ground have made themselves manifestly evident, elbowing out diplomatic debates in New York.

The cumulative effect of such traditional intervention is now evident. While the Syrian military has been and remains formidable, the rebellion has been too widespread for the army to concentrate sufficient force in any single place. Events of the past week have been particularly dramatic, events suggesting that we are entering a fin de régime period. Parts of Damascus, the heart of Syria, have been evacuated and central neighbourhoods are now contested; the regime's leadership is being gutted by defection and assassination; the rebels have taken control of key border crossings with Iraq and Turkey; rumours abound about President Bashar al-Assad's movements. A regime that was thought to be largely impregnable just six months ago now seems to be tottering hopelessly. Rats are increasingly abandoning the ship, a sure sign of panic.

Once the regime goes, the situation could become still more difficult. The UN will then have a role through the discovery and disposition of chemical weapons, disarmament, humanitarian aid for refugees, reconstruction, development, support for a pluralist political system and ensuring the former leadership cadres meet justice in The Hague. In these circumstances, the Russians, like it or not, may have little choice but to reconfigure their relations with the winning side.

Reform and reconstruction, however, are not going to be easy matters. Syria is a badly fractured entity, haunted by a multiplicity of identities and cultures: Sunni, Alawite, Christian, Druze, Kurdish, many of whom will consider they have lost with the demise of Baathist secularism. The Sunnis will be empowered and the minorities will see themselves at risk, fearful of what radical Islam portends.

Although it is now largely impotent, the international community should be developing plans for a wobbly and highly uncertain era.

Michael Bell, a former Canadian ambassador to Egypt, Jordan, Israel and the Palestinian territories, is Paul Martin Sr. Scholar in International Diplomacy at the University of Windsor.

As Assad regime teeters on collapse, the world braces for the worst
July 19, 2012 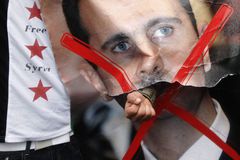 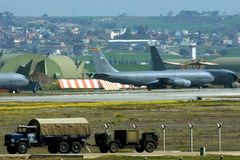