The overwhelming reaction from experts to the friendly bid by China National Offshore Oil Corp. for Calgary-based Nexen Inc. has been to urge Canada to be "strategic" in its response to the deal. Indeed, we should be – but being strategic should not mean making policy on the fly.

In late 2007, the Canadian government issued guidelines regarding how it would apply its "net benefit" test, used to screen large acquisitions of Canadian entities by foreign-owned entities, when the latter are state-owned enterprises such as CNOOC. These guidelines require the government to consider whether the state-owned enterprise adheres to Canadian standards of good corporate governance and whether the acquired entity will be able to continue operating on a commercial basis.

More specifically, the guidelines mention commitments to transparency, the presence of independent Canadian directors on the board, and a Canadian stock-exchange listing for either the acquirer or the acquired entity as undertakings that may be required of the foreign investor. Presumably, concerns related to the degree of Chinese Communist Party control over CNOOC, or to allegations that firms connected with CNOOC might have engaged in insider trading ahead of the Nexen announcement, can be assessed under these headings.

Some experts believe we should try to go further in levelling the playing field between foreign state-owned enterprises and Canadian private firms. Some say Canada should hold out for guarantees of reciprocal treatment for Canadian firms in China. Others think there should be blanket restrictions on investment by state-owned enterprises in Canada because, beyond questions of foreign government control and transparency already addressed by Canada's guidelines, such enterprises possess inherent tax and "deep pocket" advantages over private enterprises. Others believe Canada should react to the growth of international activities by foreign state-owned or state-sponsored enterprises by supporting its own stable of "national champions."

These arguments are of dubious use, at least in the context of the proposed CNOOC acquisition of Nexen. Given China's likely continued (if bumpy) transition toward a more market-oriented economy, Canada can better promote Chinese openness to Canadian firms, including in the oil and gas sector, by building on the new linkages that Chinese investment will create.

If Canada made its approval conditional on new access to China by Canadian firms, a negative reaction against Canadian investment would be more likely, because Canada has openly courted Chinese investment and the Chinese are reported to be following the letter and spirit of Canada's rules regarding investment by state-owned enterprises.

It's also incorrect to assume that being a state-owned enterprise confers only advantages in the marketplace. A number of such enterprises operate at arm's length from governments, or, as in the case of CNOOC, in a semi-competitive domestic and global environment. The latter must also often compete with hands tied by government-imposed operational burdens in their home country – such as maintaining employment in low-productivity occupations – that private-sector enterprises do not face.

Whether in China, Mexico or elsewhere, such state-owned enterprises and other state-sponsored national champions often notoriously impede innovation and economic growth. Canada, which has already experimented with national champions in the energy sector, would be ill-advised to counter others' bad strategies with its own bad strategy.

If Canadian or other private bidders were lining up to acquire Nexen, and CNOOC was shown to have an unfair ability to overbid by virtue of its state ownership, a case could be made for some countervailing measure to offset the state-owned enterprise's presumed unfair advantage. Yet, there is no such Canadian bidder claiming to be injured by unfair competition.

The issue, if it existed, surely could be addressed as part of normal consultations. To impose blanket limits on investment by state-owned enterprises in a global industry notorious for the importance of state-owned players could dangerously limit the capacity of Canadian companies to benefit from the pool of capital they represent.

The proposed acquisition by CNOOC may be just what it looks like: a good deal for one company seeking technology and expertise, and another company in need of fresh capital to grow. A rush to impose new barriers or conditions would threaten both Canada's reputation as a country open to foreign investment and our renewed economic engagement with China.

Better to see how the deal for this mid-sized Canadian player plays out and adjust our policy based on this experience if problems develop than to make policy on the fly. We have already enunciated the criteria that matter to us and, based on these criteria, we should let our yes be yes, or our no be no.

Daniel Schwanen is associate vice-president of international and trade policy at the C.D. Howe Institute. 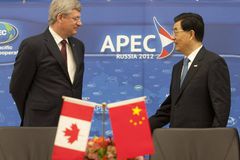 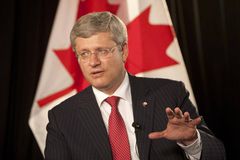 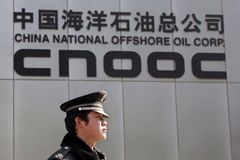