Still, it's intriguing to speculate, if nothing else, on the national implications of provincial votes, past and future. In essence, these votes don't show support for the kind of hard-edged conservatism displayed since the last federal election by the Harper Conservatives, who, as a majority government, are showing themselves as the commingling of the old Reform Party and the Mike Harris/Ernie Eves Conservatives of Ontario.

Alison Redford won the Alberta election – to the amazement of pollsters, and pundits who believed them – with Big Tent conservatism, not the narrower kind offered by Wildrose Leader Danielle Smith.

It's thought that at least half of the federal Conservatives MPs from Alberta wanted Wildrose to win because they were themselves old Reformers who became hard-edged Conservatives. Their preferred provincial party lost, however, to a more socially inclusive, fiscally elastic party with a welcome national vision for Alberta. By Alberta standards, a progressive party won against a more Harperish party.

In British Columbia, the NDP appears likely to form the government after the next election, since the incumbent Liberals are bleeding support to the previously marginal Conservatives, thereby splitting the anti-NDP vote. In Manitoba, the incumbent NDP government easily saw off a Progressive Conservative challenge last year.

In Ontario, the provincial Conservatives lost the election they might have won with a more intelligent platform. Now, the McGuinty Liberals' budgetary deal with the NDP denies the Conservatives an early chance to topple the Liberals.

In Quebec, none of the provincial parties prefers the kind of policies being advanced by the Harper government. A new party, the Coalition Avenir Québec, did espouse some very conservative ideas. And for a while, it looked like a "third force" ready to shake up Quebec politics. It would seem that, for now at least, the CAQ has faded into third place.

In one sense, politics everywhere but in Alberta and Saskatchewan (where conservatives rule, as they do in New Brunswick and Newfoundland) has come to have a sameness about it. The post-recession hangover of deficits and higher debt means provinces, like Ottawa, have entered a period of spending restraint. Politics is about management these days, not vision or grand schemes or social advancement. It's about trying to operate in leaner times.

Governments of every stripe are sworn to balance their budgets sooner rather than later (except Ontario), which, in almost every case, will put them into some form of conflict with their unionized employees. The NDP government of Nova Scotia and the Conservative government of New Brunswick do things differently, of course, but essentially are on the same track of trying to wrestle large deficits to the ground.

If (when?) the NDP takes over in B.C., notwithstanding the party's ties to the trade-union movement, restraint of some kind will be the order of the day. What the party decries in opposition, it will almost certainly do, albeit by different means, if (when?) it takes power.

So there's little to suggest that the agenda that seems to drive the national Conservative Party has much appeal at the provincial level. The provincial governments that are nominally Conservative are not very hard-edged, and the new one in Alberta most certainly was not elected on a hard-edged platform.

Their spending burdens for health and education are costly and labour-intensive. The room for tax increases is smaller, because they haven't been cutting taxes as have the Harper Conservatives. Their margins for manoeuvring are narrower. Forget growing out of deficits, since Bank of Canada Governor Mark Carney Friday forecast growth of only 2.2 to 2.5 per cent for the next three years. They're doing what the Harper Conservatives are doing without being political allies.

Opinion
Quebec has replaced Alberta at the margins
April 25, 2012

Opinion
An Alberta shakeup would be felt across the country
April 21, 2012 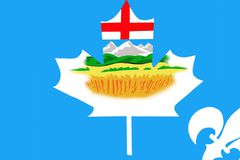