For the past few years, an older, small-sized motorhome has circulated throughout our neighbourhood.

We know it is one of dozens of Vancouver's inhabited campers, vans and motorhomes, because on early mornings, its draped windows are fogged with condensation. Even without that telltale sign, it is obviously a home. A handcrafted wooden skimboard is strapped beside the spare tire. And a vase attached to the rear of the vehicle is often filled with fresh-cut flowers. This domestic touch seems both a gift to the neighbourhood and a signal that the inhabitants are people who care, people worthy of trust.

Sometimes it is parked in front of homes, more often adjacent to parks.

A straw poll of neighbours turned up no one who knows or has even tried to find out who lives in it. This in a neighbourhood where newcomers are typically welcomed when they move in. The itinerant nature of these neighbours might partly account for the lack of introductions. But even among those of us who are not hostile to the situation, there is a reluctance to make overtures, a sense that saying hello might embarrass the occupant.

No matter how tidy, neighbourly and community-minded the motorhome inhabitants are, no matter how many years they have lived among us, they don't have social licence to live where they are living. Just like homeless campers in a tent city, they are treated as outsiders.

It explains why, the odd time you see someone exiting a steamy van or car, they move quickly and seldom catch your eye. There is a constant fear of being reported, and a wrong word might prompt a complaint.

Great agency comes with land ownership. Those who own feel entitled to their place in the community in a way that those who rent often don't, and those who squat never will. People living in vans and motorhomes congregate in industrial areas to isolate themselves where they are less likely to attract attention and elicit complaints.

Even the city's bylaw language institutionalizes the neighbourhood pecking order. While it is not technically illegal to live in your vehicle, it is illegal to park it for more than three hours in front of a residence you do not own or a business where you do not work. (There is no mention of renters who also presumably have a right to park in front of their homes.)

Large vehicles are not allowed to park on the street for more than three hours at a stretch during the day, or anytime at night, unless they have a street-use permit.

City officials and police for the most part leave people living in vehicles alone or try to find them housing. But a recent uptick in numbers of vehicle dwellers in various industrial pockets has resulted in complaints over power theft, discarded garbage, needles and even human waste, prompting officials to ticket the campers.

So, who are these residents?

Globe and Mail reporter Andrea Woo met one man who maintains websites, another who collects and sells scrap metal and another who moved into an RV after separating from his wife. By all accounts, people living in vehicles range from low-wage working people to people on social assistance. Many have pets. For most of them, Vancouver rents are out of reach.

The proliferation of vehicle dwellers has led to calls for specific zones or trailer parks to provide them a legal place to stay. This might be an acceptable stopgap measure.

Numbers of street homeless people are increasing as well and there is not enough social housing for everyone. A crackdown on people living in vehicles would likely push them further down the pecking order and onto the street. So, they need a place to park.

But long term, must we further ostracize a group of people already on society's margins? If clumping all social housing in one building or neighbourhood is no longer considered an acceptable way to house the poor, why would it be the answer for those living in vehicles?

Until Vancouver has enough affordable housing to accommodate everyone who needs it, wouldn't it be better to sprinkle designated spots in every area of the city where people can legally park?

Just as one tent in a park doesn't ruin the park experience for others, one motorhome would not disrupt a neighbourhood or jam up parking.

Designated sites would also make it obvious who is responsible for any mess, allowing bylaw officers and police to deal with problem vehicles fairly, on a case-by-case basis.

The status quo is an option as well, but not a friendly one.

These people live among us already. Normalizing that fact with a few painted lines in the right locations might make it possible for everyone to say hello. 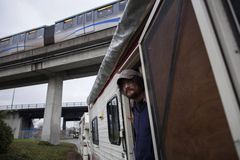 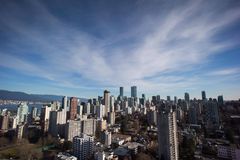 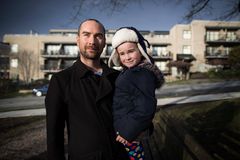