Could it be that Finance Minister Jim Flaherty knows a bad policy when he sees one?

How else to explain his comments about income splitting in a weekend interview? Said Mr. Flaherty: "In the next year, it'll be healthy for Canada to have a fulsome discussion about that issue, because there are some people who benefit and lots of people who don't in that world of income splitting."

Wednesday, he told an Ottawa audience that, "I'm not sure that overall it benefits our society." The idea, he added, "needs a long, hard analytical look."

No, it doesn't. Income splitting is a really bad policy, but it's been promised by the Harper government since the last election. Can Mr. Flaherty convince the Prime Minister and the Conservative caucus to save the country from income splitting?

These numbers come from someone whom the Conservatives once relied upon for another idea – the Tax-Free Savings Account.

Professor Rhys Kesselman of Simon Fraser University was one of the inventors – maybe the inventor – of the TSFA idea. The Conservatives made the idea a centrepiece of their tax policy.

Prof. Kesselman, one of the country's leading academic analysts of tax policy, looked at income splitting and pronounced it a loser by almost every standard in a paper for the C.D. Howe Institute.

Income splitting is a misnomer, really. The Conservatives propose that two-income families could transfer up to $50,000 from the larger-to-smaller-earning person in the family, provided they have at least one child up to 18 years of age. So they are not talking about splitting all family income, nor are they talking about every family.

Single persons, single parents, couples without children under 18, couples with two people earning broadly similar incomes – none of these would benefit. Prof. Kesselman estimates that only 15 per cent of families would derive some benefit from the Conservatives' plan. Almost a quarter of all dollars would land in the pockets of the 8 per cent of two-income families earning more than $125,000 with a lower-income spouse contributing little to overall family income.

The better off you are, and the bigger the income gap between one earner and another, the more this income splitting will benefit you.

The Conservatives sell this kind of income splitting as family-friendly, allowing more time to be spent at home with children. Except that, as Prof. Kesselman's devastating critique illustrates, there are many better, fairer ways of assisting families, especially lower-to-middle income ones who need it most. These include expanding the existing Child Tax Benefit and Child Tax Credit. Way more people would be helped, and in a fairer way, than through income splitting.

Perversely, through income splitting, the lowest-income earner in the family, usually a woman, gets her marginal tax rate increased, which then often provides a disincentive to return to the work force. Even among couples with children who are supposed to benefit from income splitting, nearly half the couples would gain a very small amount, up to $500.

So the big winners, at a high cost to the treasury, are a small number of families where, as Prof. Kesselman says, income splitting would "distribute most benefits where they are least likely to be needed." Mr. Flaherty's comments hint that he understands this.

That income splitting is perverse and unfair, and that it meets few rational tests for good policy, is politically irrelevant for many Conservatives. For them, income splitting hits a small targeted group of modestly or very affluent families, with a big income gap between the male breadwinner and the female stay-at-homer. These are the bull's-eye in the Conservatives' political target group. That's why the caucus likes the idea.

Income splitting is for these families, and for them alone, regardless of the policy's irrelevance to the rest of the population, the cost to the treasury, the disincentives to return to work, and the fact that for those who do benefit, most will get only a little help but some will get a lot. 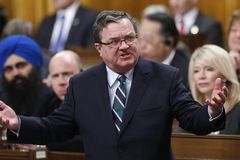 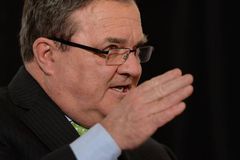 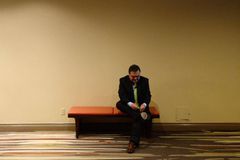 Family income splitting: A costly perk for the rich?
February 6, 2014 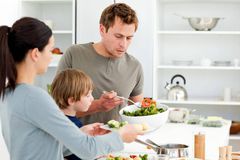