The referendum on independence to be held by Scotland in 2014 differs dramatically from the two referendums Quebec held in 1980 and 1995. The issue in Scotland will be clear: independence. Equally clear will be the referendum question, just 10 words long: "Do you agree that Scotland should be an independent country?"

In 1980, Quebec asked a question that ran to 109 words, but still left the outcome uncertain and confused. The question began: "The Government of Quebec has made public its proposal to negotiate a new agreement with the rest of Canada, based on the equality of nations." Who could object to such an agreement? There followed many words on sovereignty and association. Then the question concluded on this promise: "No change in political status resulting from these negotiations will be effected without approval by the people through another referendum; on these terms, do you give the Government of Quebec the mandate to negotiate the proposed agreement between Quebec and Canada?"

The 1995 referendum question would be shorter – 43 words, but still tendentious. It stressed "partnership" and "agreement," not secession or independence: "Do you agree that Quebec should become sovereign after having made a formal offer to Canada for a new economic and political partnership within the scope of the bill respecting the future of Quebec and of the agreement signed on June 12, 1995?"

The question didn't explain that the June 12 "agreement" was between three separatist parties, not between Quebec and Ottawa. And, as in 1980, it raised the prospect of an "economic and political partnership" with the rest of Canada – but the scope, the terms, even the possibility of such a partnership were left hypothetical. Call it bait and switch. But this time, unlike 1980, there would be no second chance with a follow-up referendum if the "partnership" did not materialize.

Scotland's referendum will be held under terms and conditions that were entirely negotiated between the two governments. Their Oct. 15 agreement covers nine pages of text detailing what can, can't and must be done, before, during and after the referendum campaign. By contrast, René Lévesque's Parti Québécois, elected with 41 per cent of the vote, unilaterally dictated all the terms of the referendum over the objections of the opposition parties. Jacques Parizeau created a huge mobilizing process in 1994 building up to the 1995 referendum. His Liberal opposition boycotted it, while Jean Chrétien rejected the referendum question as illegitimate.

The fundamental difference is that Scotland's referendum will be held under the rule of law. David Cameron and Scotland's First Minister Alex Salmond signed an agreement that states: "The governments are agreed that the referendum should have a clear legal base; be conducted so as to command the confidence of parliaments, governments and people; and deliver a fair test and a decisive expression of the views of people in Scotland and a result that everyone will respect."

No PQ leader, no Quebec Liberal leader, has acknowledged the rule of law on the issue of secession. On Sept. 8, 1995, Superior Court Justice Robert Lesage declared Mr. Parizeau's referendum bill "manifestly illegal." Unperturbed, the premier replied two days later: "That Constitution of 1982, that the judge reproaches us for not following in all its provisions, we never signed it. That Charter was refused by René Lévesque, then it was refused by Pierre Marc Johnson when he was prime minister, it was refused by Robert Bourassa; it was refused by Daniel Johnson; it is refused by me."

All the parties at the National Assembly support Lucien Bouchard's Bill 99, adopted in 2000 to negate the Supreme Court of Canada's ruling on conditions for a legal secession. It remains on the books, a sword of Damocles hanging over Canada.

Canada is a federation, unlike the United Kingdom. There, Parliament is supreme. We are ruled by a written Constitution that defines the powers of federal and provincial governments and gives every citizen recourse against unconstitutional acts of federal or provincial governments. A province can secede only by fulfilling the conditions set in the Constitution and explicated in 1998 by the Supreme Court. Otherwise, secession is revolution, a coup d'état.

Scotland's referendum should make all our governments think twice – and act accordingly.

William Johnson is an author and former president of Alliance Quebec. 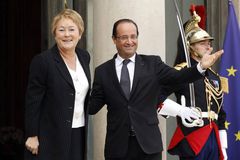