Last Friday, the perpetrators in the Dec. 16 gang rape and murder of a young woman in New Delhi were sentenced to hang.

Many in India cheered and welcomed the death penalty with jubilation. Some prominent public figures including politicians, intellectuals and Bollywood celebrities were overjoyed, expressing their elation at the verdict in the social media. A well-known industrialist said he had prayed for the death penalty for the assailants. All of this seemed to reflect the sentiment that barbarism should be confronted with even greater barbarism, not just the barbarism of the death penalty itself but at the thought of rejoicing at the impending execution of four men, whether deservedly or not.

As if to justify these views, it is often argued, in the absence of any compelling evidence, that capital punishment acts as a deterrent to such crimes.

Immediately after the horrific crime back in December, In India was gripped by massive protests, soul searching and round-the-clock media coverage. There were endless discussions and debates on what it means to be a woman in India, why this happened and how best to fix the dismally low conviction rates in rape cases. While there's some good news in greater reporting in recent years, India's conviction rate in sexual assault cases has been falling steadily. In 1973, about 44 per cent of alleged perpetrators of violent sexual assault were convicted. By 2010, this number was down to 26 per cent.

In response to the Delhi tragedy, the government set up a commission tasked to make recommendations on improving India's creaky criminal justice system. Finally, it felt as if the country had woken up to the problem of violence against women and momentarily it felt like its politicians who had long ignored this massive failure of governance were going to do something about it.

Sexual assault, and sexuality in general, which have long been considered taboo subjects, were now making their way into conversations in homes across India.

What was extraordinary in the Delhi case was the unprecedented pace at which the trial proceeded. Owing to public pressure after the young woman's death and the enormous media coverage – sparked off by the sheer brutality of the crime – a fast-track court was set up to ensure a speedy trial. Typically a case like this, were it not in the spotlight, would have languished in India's notoriously slow and inefficient legal system for years

But as we've seen, this case seems to have been different. One factor no doubt was the horrifying graphic detail of the crime that emerged.

Within nine months of this act of unspeakable cruelty, we've seen the conviction of four of the rapists. A fifth hanged himself in prison earlier this year. One of the attackers believed to have been the most brutal of the rapists was a juvenile who was found guilty earlier this month and will be sent to facility for underage criminals. He's expected to be released in a couple of years.

Whatever one may think of brutal punishments such as the death penalty, one thing does seem to be clear: the deterrence value of a single exemplary case in an overall climate of a poorly functioning criminal justice system is non-existent or small at best.

Late last month, in the heart of Mumbai, within a ten minute walk to a high end mall and nearby boutiques and restaurants, a similar crime took place which also captured the news headlines. A 22-year-old photojournalist was gang raped by a group of men while on assignment with her male colleague. Fortunately she survived her ordeal.

It seems hard to believe that the alleged perpetrators in this case were unaware of what happened in Delhi and the harsh punishment that the attackers were widely expected to receive. More likely, they probably assumed that either they wouldn't be caught or if they were caught, they likely wouldn't be convicted.

Well-publicized gang rapes in Delhi and Mumbai are just the tip of the iceberg of the many daily cases of sexual harassment and violence against women, most of which go unreported to the police.

On the day people were waiting for the sentencing with baited breath, a young man bumped into me and tried to grope me in broad daylight. The sidewalk wasn't crowded and it's clear what his intention was. This is a routine and everyday experience for many women in India and ironically one of the things that binds us together. We have all had this happen to to us at least once if not several times since we were children.

While I felt angry, disgusted and violated – familiar emotions for a woman in India – my molester was humming a Bollywood film song and grinned at my anger.

As he disappeared into the crowd, there would have been little point in filing a complaint with the police. And if he's this brazen in public, I shudder to think what he might do when no one's looking.

All it takes is that split second when you let down your guard. In my case fortunately, the sexual assault was relatively minor. But for the young woman in Delhi, the young woman in Mumbai, and for countless other women, who everyday are victims of brutal sexual assault that don't always make it to the news, that split second might mean the difference between life and death. What often begins with seemingly innocuous actions like bumping into someone can tip over into serious sexual crimes.

So the death penalty may provide some emotional comfort to some but isn't likely to do anything to change the ground realities of for millions of women in India which continues to be a culture of misogyny and a dysfunctional criminal justice system. Just ask my molester humming the Bollywood tune.

In the streets of Delhi, a tale of human endurance in the face of tragedy
September 10, 2013 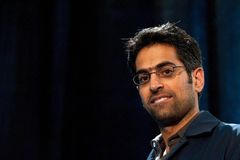 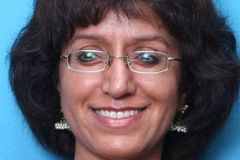