I've been accused of parroting half-truths and misinformation: well, here are the hard truths that brought me to Alberta in the first place.

For centuries, first nations peoples have been telling non-indigenous people how to live in relationship to the land rather than to see the land and its natural resources as commodities to be exploited. We did not listen and now, here we are, on the edge of a climate cliff.

Like millions of people, I believe we are living an existential crisis, one that humankind has never faced before: If we continue down the current road of fossil fuel dependency, if we expand the problem, climate science is telling us we will soon reach a point of no return.

Read more: From Standing Rock to Trans Mountain, dissent is in the pipeline

Even if we do everything needed to make a managed and compassionate transition to a low-carbon economy, climate change that we have already caused will have a dramatic effect. We will experience an escalation in an already severe refugee crisis, experience more forest fires like the one last year that brought such heart-breaking devastation to Fort McMurray, longer droughts, more storms, hurricanes, tornadoes, flooding, the disappearance of entire island nations and coastal cities and the extinction of numerous animal and plants species. And that's a best-case scenario.

At the Paris climate summit, Prime Minister Justin Trudeau came across as a real hero, pledging Canada's commitment to the treaty goals in no uncertain terms. He also affirmed his government's commitment to the U.N. Declaration on the Rights of Indigenous Peoples (UNDRIP).

So, I was stunned when the PM approved two new pipelines that would bring tar sands oil to British Columbia and to Wisconsin, traversing through indigenous territories and waterways. Now Mr. Trudeau is considering working with Donald Trump, our Perpetrator-in-Chief, on reviving the Keystone XL pipeline. These approvals contravened the Prime Minister's commitment to indigenous rights and reconciliation, to UNDRIP, and would significantly compromise the commitments the Prime Minister just made in Paris.

I, like many others, struggled to understand how Canada's Prime Minister could make such damaging approvals in a time of reconciliation and tremendous climate crisis, so I went to Alberta to stand with first nation leaders at the source of these projects to add my voice to the many who oppose these decisions.

More than 120 first nations and tribes on both sides of the Canada-U.S. border have signed the Treaty Alliance Against Tar Sands Expansion, stating their official opposition to the expansion of the tar sands due to the environmental, economic, and indigenous rights violations associated with the project. One of the central tenets of UNDRIP is the obligation to obtain the free, prior and informed consent of each first nation for proposed projects that may affect the lands they customarily own, occupy or otherwise use. The projects the Prime Minister approved don't have the consent of the majority of first nations they would affect and they go directly against the government's commitments to reconciliation.

There is another way: a way that I believe would allow Canada to live up to its commitments to first nations peoples, the climate, and to workers across this country. This other way involves moving beyond fossil fuel expansion and making the kind of commitment that developed nations made during the Second World War.

The huge subsidies (petro-welfare) provided to the fossil fuel industry, in addition to major financial and policy commitments from the Trudeau government, could be invested in an accelerated, managed transition to a low-carbon economy creating tens of thousands of jobs in housing, transportation, renewables, health care, social assistance and education services – the very low-carbon sectors that knit our society together. This is the way out, but it can't happen if every step forward is undermined by two steps back.

I hope the Canadian and U.S. governments will live up to their commitments, and see that a failure to do so will catapult us on an irreversible course toward climate chaos. If they do not change course, I know that all those who believe in indigenous rights, healthy jobs and a safe climate will stand with first nations and stop these new tar sands projects. These courageous communities are showing us what 21st century leadership really looks like. It is time that we join them. 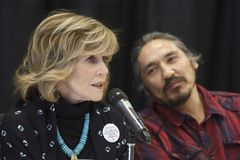 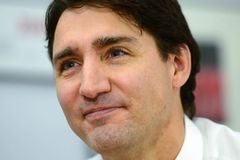 Opinion
For Trudeau, a sour ending to a year of progress
December 21, 2016
Follow us on Twitter @globedebate Opens in a new window
Report an error
Due to technical reasons, we have temporarily removed commenting from our articles. We hope to have this fixed soon. Thank you for your patience. If you are looking to give feedback on our new site, please send it along to feedback@globeandmail.com. If you want to write a letter to the editor, please forward to letters@globeandmail.com.
Comments