Natan Obed is the president of Inuit Tapiriit Kanatami, the national voice of Canada's 60,000 Inuit.

My sincere condolences go out to all indigenous families and communities, who, like Inuit, are disproportionately affected by the loss of our loved ones to suicide. The world is a diminished place without those who would otherwise be sharing their lives with us. The finality of each and every suicide is so difficult to accept, and I go through my life being constantly confronted with the painful reality that so many people I knew are gone forever.

I am compelled to provide needed context, coherence and clarity to the national discussion about indigenous suicide and approaches to suicide prevention for Inuit after hearing so many misguided perspectives on how best to combat this crisis over the past two days.

The majority of the 60,000 Inuit in Canada live in Inuit Nunangat, the vast Inuit homeland encompassing the Inuvialuit Settlement Region in the Northwest Territories, Nunavut, Nunavik (Northern Quebec) and Nunatsiavut (Labrador). The suicide rate for Inuit in Inuit Nunangat now stands at more than 10 times the rate for Canada as a whole.

Contrary to popular belief, the high rates of suicide faced by Inuit are not an unexplainable phenomenon that warrants a way of thinking that is wholly different than the way suicide is thought about in the general population.

Universally, it is very difficult to predict when individuals who have had experiences that place them at greater risk for suicide may become suicidal, or when people who are already suicidal will act on those feelings. But for Inuit, there is a clear picture about the risk factors we face, and we know that addressing these risk factors, while simultaneously cultivating resilience among our youth, can lead to a low-suicide reality.

In addition to a base rate of mental illness that is present in any society, Inuit face well-documented risk factors for suicide that include colonization, historical and intergenerational trauma, childhood exposure to physical and sexual violence, overcrowded housing, poor educational attainment, poverty, food insecurity and exposure to suicide. These and other societal risk factors for suicide are present in communities that also lack access to resilience-supporting resources that many Canadians take for granted, such as mental-health services and supports, access to early-childhood education, community-led education, housing, and culturally relevant community-development programs.

In this environment it is no small wonder that too many of our people continue to suffer.

The discussion about suicide prevention in Inuit and other indigenous communities must be informed by an understanding of how these social, political and health inequities negatively influence the environments in which many Inuit children grow up, and which then place some people at greater risk for becoming suicidal.

Inuit Tapiriit Kanatami is working on a national Inuit suicide prevention strategy to be released in August that is based on this more holistic approach. The strategy is a call to action to stake holders to work toward suicide prevention based on a shared understanding of the root causes of suicide. It is a tool that will provide overarching guidance and support to existing regional suicide-prevention initiatives in Inuit Nunangat, and will be useful for informing the development of new, Inuit-led initiatives.

Over the course of the past two days, I have heard many political leaders make ambiguous commitments about how they will work to instill hope in our youth, as if overcoming this challenge were as simple as encouraging our children to choose life or reconnecting them with our culture. This culture-only solution ignores all that Canada knows about preventing suicide through health systems and related government-led supports for those at risk, and will undermine our ability to truly address this multifaceted crisis decades in the making. We owe it to children to address all risk factors that we know contribute to the elevated suicide rates facing our people.

On this journey to prevent suicide among Inuit, I call upon Canadians to acknowledge and accept the true realities that contribute to this challenge, and the long-term partnerships, resources and supports needed to overcome it. The causes of the high suicide rates facing Inuit are no longer a debate or mystery; the continued lack of political willpower to take meaningful action on this crisis is. 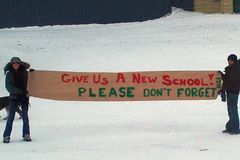 Opinion
How do we heal trauma suffered by native communities?
April 13, 2016 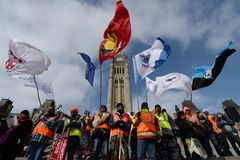