Canada welcomed more than 500,000 permanent and temporary residents in 2009, of which 77,000 were full-time university and college students who chose our country as the best place in the world to pursue their higher education. That's the highest number of international students ever admitted to Canada and, according to the Association of Universities and Colleges of Canada, represents a 10-per-cent increase from 2008.

These numbers are something for Canadians to celebrate. Not only does it enhance the education experience for all our students, but it also provides long-term economic benefits for our country.

With an aging population, Canada faces significant demographic challenges in sustaining its work force. International students are exactly the kind of people this country needs - young, well-educated, ambitious and eager to contribute to the high quality of life afforded our citizens.

The Ontario government recently committed to an aggressive plan to increase the number of international students coming to the province by 50 per cent, while still guaranteeing spaces for qualified domestic students.

International students do pay higher fees, but that's not what drives universities to compete for the best and the brightest young minds from around the world. We recognize that international students enrich the learning experience for all our students. We are also working hard to create additional opportunities for domestic students to study abroad, so they can expand their global awareness and experience, make international connections, and promote Ontario and Canada to the world.

According to a recent study by researchers at Queen's University, fewer than 3 per cent of Canadian undergraduates venture to other countries as part of their studies. That's a small fraction of the many who would like the experience of studying abroad but don't because of cost, difficulty in meeting degree requirements or lack of awareness about the opportunities.

These results come at a time when many countries are making it easier to study abroad. In the U.S., for example, a bill before Congress proposes funding for a million Americans to study abroad each year. Canadian universities, in partnership with government and the private sector, must find new ways to help our students overcome the obstacles of studying beyond our borders.

In Ontario, it's now easier for highly skilled Ontario-trained international PhD graduates to stay in the province and be fast-tracked for permanent residence. British Columbia has announced similar changes to its Provincial Nominee Program for international graduate students. And in Quebec, foreign students who graduate from the province's universities now receive a "certificate of selection" that puts them on a fast track to Canadian citizenship.

Last year's introduction of the Vanier Canada Graduate Scholarships adds to a small but growing number of financial incentives to attract outstanding doctoral students from Canada and around the world who are recognized leaders in their fields of research.

But we should be doing more.

Providing international students with access to affordable health care would remove another financial hardship. And once these students graduate from our universities - equipped with the employable skills, knowledge and desire to contribute to our communities and economy - we must make it easier for them to make Canada their home.

As an immigrant who has studied and worked in five provinces during the past 25 years, I understand what a tremendous privilege it is to call this country home. It will be our loss if we don't seize the opportunity to open more of the world to our domestic students, while, at the same time, making Canada a home for the world's brightest minds, regardless of their country of origin.

Amit Chakma is president and vice-chancellor of the University of Western Ontario.

Opinion
Why international student scholarships are good for Canada
November 8, 2010
Opinion
Lifelong learning: why Victoria is top of the class
June 10, 2010 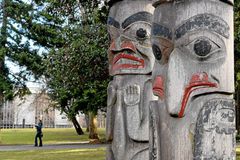