A picture can convey a thousand words. The front page of Thursday's New York Times offered a case in point.

Spread along the ground, naked from the waist up and kneeling in submission, were Syrian government soldiers. Behind them, holding guns, were "rebels" against the regime of Bashar al-Assad. These rebels are supposedly friends of the West by virtue of fighting against the Assad regime. Moments after the photo was taken, these "friends" shot the kneeling soldiers in the head.

Perhaps these soldiers died in a less grisly manner than those who perished in the chemical weapons attacks attributed to Mr. al-Assad's regime. They likely died quicker, for what that matters. But death is death, and there have been tens of thousands of deaths in this civil war.

The photo illustrated the murky uncertainties of Syria's civil war, into which the United States, with support from Canada, is about to enter with only the vaguest of ideas of what intervention will or should bring.

A few U.S. missile strikes won't cut it. These strikes might be justified as reprisals for the use of chemical weapons, but limited use of force will not change the balance in the war.

After all, the Americans said long ago that they wanted Mr. al-Assad gone, which by definition means "regime change." If the Americans really want to tilt the civil war militarily, they will have to cripple Mr. al-Assad's position – without, of course, putting any soldiers into the fray. Tilting the war would require repeated strikes against all sorts of government installations that help the regime wage war.

Weakened, Mr. al-Assad might encourage his allies in Iran and Hezbollah to step up their involvement in Syria, which is hardly what the Americans seek. It might also encourage his regime to step up its repression and launch desperate, massive attacks, with catastrophic human consequences.

Absent a clear winner of the war, a political solution would require compromise in a society wounded by decades of repression, defined by desires for vengeance and riven by sectarian divides among Shiites, Sunnis and Alawites, the smallest of the three groups from which Mr. al-Assad's family and its staunchest supporters come. There are also external forces using Syria as a battleground to suit their interests: Iranians, Hezbollah from Lebanon, al-Qaeda fighters.

But Syria's domestic and external players are not known for compromising or building democratic institutions. In that country, and in some surrounding ones, grabbing power and holding it rather than arranging for its transfer defines the political system. Politics is all or nothing.

If compromise is unlikely, what about a new political system imposed by the "rebels" in the civil war? The trouble with this scenario is that the "rebels" are bitterly divided among themselves.

Sectarian "moderates" who say they want to topple the regime in order to create some form of democratic government are fighting with Sunni militants, some of them of the al-Qaeda variety. Then there are criminal gangs of unknown political persuasion trying to take advantage of the chaos.

The "moderates" are grouped in various umbrella organizations and have consistently quarrelled. Outside the umbrella are the Sunni militants who, given a chance at power, would turn against the moderates in their quest for the imposition of sharia law and extreme Muslim practices. If the Sunni militants' activities in Iraq are any indication, they would violently attack Shiites and Alawites.

Figuring out how to provide weapons to the "moderates" without having some of them fall into the hands of the militants is easier said than done. That difficulty is one of many involved in an intervention that seems easier on paper than it is likely to be in reality.

Why Al Gore would have invaded Iraq (and what it tells us about Syria)
September 4, 2013 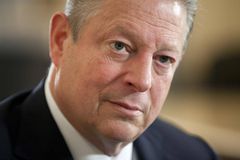 In Syria, parents are afraid students will 'lose their future'
September 5, 2013 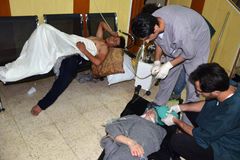