For the first time in many years there are hopeful signs that Iran is prepared to negotiate a comprehensive deal on its nuclear program with the United States and the other members of the P5 +1 group (which includes the five permanent members of the United Nations Security Council plus Germany).

If indeed President Hassan Rouhani means what he says and actually matches his words with deeds, then it is important that the international community reciprocates and offers real sanctions relief in return.

A decade ago we missed an opportunity when Iran tried to engage the West. Under former president Mohammad Khatami, Iran reached out to the West twice. In 2002, Iran co-operated with the United States when it invaded Afghanistan. It helped the Americans work with the Afghan forces that defeated the Taliban and it participated constructively in the peace conference that created the Karzai government. Iran was not being altruistic, because the Taliban was its enemy too, but it demonstrated that it could co-operate with the U.S. when their interests overlapped.

In 2003, Iran reached a wide-ranging agreement with the Europeans. It signed a trade and co-operation agreement, agreed to a human rights dialogue, signed an Additional Protocol under the International Atomic Energy Agency and temporarily suspended its enrichment program.

For many reasons the United States remained completely hostile and included Iran in its "axis of evil." That speech by George W. Bush discredited the reform movement in Iran and empowered Iran's hardliners. The Europeans, too, didn't properly reciprocate Iran's suspension of nuclear enrichment and by 2005 Iran decided they, too, had been negotiating in bad faith.

The man who helped negotiate the deal with the Americans on Afghanistan was Javad Zarif, Iran's new Foreign Minister. Mr Rouhani, Iran's new President, was the architect of the nuclear agreement with Europe. Both men had a rough ride in Iranian politics over the past eight years, but they have now re-emerged and are the architects of a new strategy of engagement with the West. The international community should be cautious when we sit down to negotiate with them and we should remember they are both expert diplomats, dedicated to defending Iran's national interests.

However, we should also appreciate that they have defined Iran's national interest as engagement with the world and that for the moment, they have the backing of Iran's canny and skeptical Supreme Leader.

It is right to ask for deeds not just words from Iran but here's the important point: If Iran does offer real concessions on its nuclear program the international community has to be ready to offer real concessions on sanctions in return. This time we have to reciprocate. Sanctions are not a weapon; they are a negotiating tool. To be effective they have to be reversible or we will never achieve a breakthrough with Iran. The coming months will test not just Iran's intentions, but American intentions too.

What can Canada do to help? First we could tone down our rhetoric. The Prime Minister's recent statements about Iran are more measured than the overheated rhetoric our Foreign Minister likes to use. Let's stop insulting the Iranian government.

Our government could also re-establish a minimum level of official communication with Iran. We could activate a Canadian interest section in a friendly embassy in Tehran, probably the Italian embassy, and allow the Iranians to do the same in Ottawa.

We could copy recent U.S. decisions and make it easier to exchange athletic and cultural activities with Iran as well as facilitate humanitarian relief and medical supplies. Our government should also remember that two Canadian citizens remain unjustly imprisoned in Iran as well as many Baha'is, and remind the Iranian government that we care about their fate.

Finally if a deal emerges on the nuclear issue that is acceptable to the U.S. administration and the P5+1 Group, Canada could use its influence with Israel to help overcome Israeli opposition to a rapprochement with Iran.

John Mundy, a retired Canadian diplomat who served as Canada's last ambassador to Iran, is a senior fellow at the Centre for International Policy Studies, University of Ottawa. 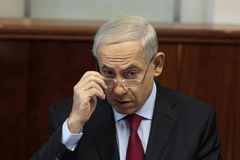 Opinion
Forget the public diplomacy, Iran and the U.S. have a long road ahead
September 26, 2013 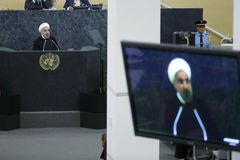