Though this be madness, yet there is method in't.

Truth be told, you can't always discern a wit from a twit. Statements that are sometimes referred to as "Irish bull" exemplify this classification problem.

An Irish bull refers to a statement that defies logic or syntax in some manner, yet manages to be communicative. The word "Irish" was not always attached to utterances with apparent inconsistencies and paradoxes, but by the time Anglo-Irish novelist Maria Edgeworth wrote her essay on Irish Bulls in 1802, the practice of declaring the bulls Irish was well established. One assumes that the Irish were targeted with prefixing bull due to their penchant to use colourful metaphors. The meaning of "bull" here is a "self-contradictory proposition," and the word may derive from the Old French boule or bole that referred to "deceit" or "fraud."

The Oxford Companion to the English Language provides the following classic example of the genre: "Childishness is hereditary in their family."

Alternate names for this phenomenon are "Goldwynism" and "Berraism" because of the penchant of movie mogul Samuel Goldwyn and former baseball player Yogi Berra for this type of declaration.

Goldwyn "allegedly" made all of the following statements:

A verbal contract isn't worth the paper it's written on.

Anyone who would go to a psychoanalyst should have his head examined!

If I could drop dead right now, I'd be the happiest man alive.

A hospital is no place to be sick.

I can give you a definite perhaps.

We're overpaying him, but he's worth it.

Don't talk to me while I'm interrupting.

The scene is dull. Tell him to put more life into his dying.

If you fall and break your legs, don't come running to me.

I never put on a pair of shoes until I've worn them at least five years.

It isn't an optical illusion. It just looks like one.

Our comedies are not to be laughed at.

A bachelor's life is no life for a single man.

Berra learned his métier under New York Yankees manager Casey Stengel, whose observations included comments such as, "A lot of people my age are dead at the present time," and "Good hitting always stops good pitching and vice versa."

Berra is credited with the following:

Referring to a New York nightclub: Nobody goes there any more; it's too crowded.

Sometimes you can observe a lot just by watching.

Always go to other people's funerals, otherwise they won't come to yours.

Ninety-nine per cent of the game is half mental.

When you get to a fork in the road, take it.

It ain't over til it's over.

Many people think that Berra would have never said the word déjà-vu, as it wasn't the kind of language he would employ. But Yogi himself claims that he said this in reference to regular home-run hitters Roger Maris and Mickey Mantle.

Here are some other utterances where the reader must decide whether the content constitutes sense rather than nonsense:

I am not afraid of death; I just don't want to be there when it happens. - Woody Allen

Always be sincere, even when you don't mean it. - Irene Peter

Live within your income, even if you have to borrow money to do so. - Josh Billings

We must believe in free will. We have no choice. - Isaac Bashevis Singer

I must follow the people. Am I not their leader? - Benjamin Disraeli

I wouldn't want to belong to any club that would have me as a member. - Groucho Marx

Although Irish bulls are structured grammatically to appear devoid of logic, their effect on many listeners is to suggest an oxymoronic truth, such as "thundering silence." This is why John Pentland Mahaffy, the Provost of Trinity College, Dublin observed a century ago that "an Irish bull is always pregnant." 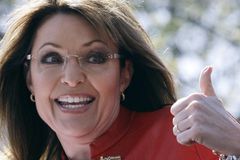 Opinion
X marks the spot in chiasmus
September 2, 2008
Follow us on Twitter @globedebate Opens in a new window
Report an error
Due to technical reasons, we have temporarily removed commenting from our articles. We hope to have this fixed soon. Thank you for your patience. If you are looking to give feedback on our new site, please send it along to feedback@globeandmail.com. If you want to write a letter to the editor, please forward to letters@globeandmail.com.
Comments