Are you ever worried that you (or a loved one) have mental problems that require professional attention? If not, then maybe you should be. Consider the following list of symptoms:

– Do you binge out on forbidden foods [Häagen-Dazs, Cheetos]more than a couple of times a month? – Were you extremely sad and depressed for a month or two after your mother died, or even longer? – Does your seven-year-old have frequent temper tantrums? – Do you get cranky before your period? – Are you forgetting more things than you used to?

If you answered yes to any of these questions, beware. Taken from the top, these behaviours could be symptoms of: Binge Eating Disorder, Major Depressive Disorder, Disruptive Mood Dysregulation Disorder (or possibly an even more serious condition, Child Bipolar Disorder), Premenstrual Attention Deficit Disorder, and Mild Neurocognitive Disorder. All of these conditions could wind up in the next edition of the Diagnostic and Statistical Manual of Mental Disorders (DSM), due out next year.

The DSM, which is used by doctors, clinicians, health-care providers, social workers and insurance companies, is the bible of psychiatry. It has a big impact on the way millions of people lead their lives and on the way mental health resources are spent. Now it has become the focus of a fierce controversy over the distinctions between normal and abnormal behaviour, the role of pharmaceutical marketing in the treatment of mental illness, the overtreatment of children and the medicalization of the ups and downs of everyday life.

"We're being overdosed and overmedicated," says Allen Frances, professor emeritus at Duke University, who is a leading critic of the DSM and of what's known as "diagnostic inflation."

Dr. Frances is no ordinary gadfly. He chaired the task force that oversaw the current edition of the DSM, which loosened the criteria for disorders such as autism. After that, the number of children diagnosed with these disorders exploded. The autism rate grew more than 20-fold, as severely autistic kids were lumped in with kids who were just peculiar, difficult or eccentric. Meantime, the rate of attention-deficit hyperactivity disorder tripled. Today, 10 per cent of kids in the U.S. have been diagnosed with ADHD. The percentages are lower in Canada, but the trends are the same.

Looser diagnostic criteria are one of several factors that have driven the number of "disordered" children to record highs. Children need a diagnosis in order to get access to special school services. Anxious parents with difficult-to-manage children are desperate for a ray of hope. And harried family doctors want to help them. Eighty per cent of all psychiatric medication is prescribed by family doctors, who may spend only a few minutes with the patient and have little or no expertise in psychiatry.

Then there are the drug companies.

Until recently, the drugs used to treat attention-deficit hyperactivity disorder weren't very profitable. They'd been around for 40 years. Now, the pharmaceutical industry has developed a new generation of highly profitable patented drugs, which are marketed aggressively to doctors and – in the United States – consumers. The ADHD market has become a billion-dollar jackpot.

"Drug companies will do everything possible to exploit the child market," Dr. Frances says. The newest fad, he says, is Child Bipolar Disorder, which he describes as the product of an unholy alliance between the drug companies and fancy psychiatrists at Harvard. This condition used to be vanishingly rare. Now it is 40 times more common. "The causes behind the surge in childhood bipolar disorder are no mystery," he wrote recently. "[They are]a combustible combination of overly influential thought leaders, aggressive drug company marketing, desperate parents and gullible doctors."

None of this is meant to diminish the devastating impact of serious mental illness, or the relief that treatment can bring. For severely troubled kids, the right drugs are a godsend. And many children need and deserve extra help at school, no matter what their diagnosis. But over-diagnosis has serious consequences. "Giving kids a label is a real problem," Dr. Frances says. "It weighs them down and reduces their expectations." The vastly increased use of antipsychotics is especially problematic, because these drugs have harmful side-effects such as dramatic weight gain, diabetes and heart disease.

The irony is that even as the system misdiagnoses people who are essentially normal, the people who really do need treatment fall through the cracks. Only half of people with severe depression get treatment, he says.

Some of the experts working on the next edition of the DSM – called DSM-5, because it will be the fifth edition – regard Dr. Frances as a menace. But he has a growing number of allies among ordinary people and other professionals who think the psychiatric establishment is losing touch with common sense. People who have experienced the profound emotions of bereavement are especially infuriated that their grief at losing loved ones could be labelled (after only two weeks) as a mental aberration.

"The people working on DSM-5 are well-meaning," he says. "They're not corrupt. What they don't understand is the false-positive blowback and the unintended consequences." And if they have their way, they will eventually medicalize normalcy out of existence. What happens when every difficult kid becomes labelled as a child with a chemical imbalance, or when the normal forgetting that comes with age becomes a mental disorder? As Dr. Frances puts it, "We create a society of people who regard themselves as sick."

Allen Frances will appear on TVO's The Agenda and will lecture in Toronto as part of Mental Health Week. 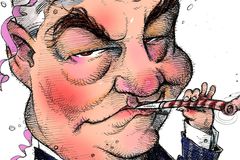 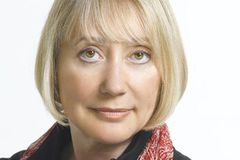 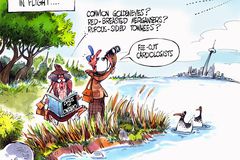