The Globe and Mail has learned that Brian Topp, the ultimate NDP insider, is endorsing Guy Caron for leader. Will New Democrats care? The answer may depend on which kind of New Democrat you are talking about.

More than 124,000 card-carrying party members will be eligible to vote for a leader when online voting begins Sept. 18. (There is also a mail-in option available.) Ontario MPP Jagmeet Singh's campaign says it signed up 47,000 of them, even though he only entered the race in May.

Those numbers – and Mr. Singh's massive advantage in fundraising – suggest that he could win on the first ballot. But the NDP is a party of deeply entrenched and, sometimes conflicting, interests. Some of those interests coalesce around Mr. Singh, who has the most NDP MPs on his side. Others may be coalescing around Mr. Caron as the ABS (anybody but Singh) candidate.

Gary Mason: Have you heard? The NDP is picking a new leader

Campbell Clark: For NDP candidate Jagmeet Singh, it's not all about the base

Take Mr. Topp, who is a fixture within the New Democratic Party. He was a big part of the victorious Alberta 2015 provincial campaign team and subsequently served as Premier Rachel Notley's chief of staff. He also ran the losing B.C. campaign of 2013 and ran unsuccessfully for the federal leadership against Thomas Mulcair in 2012.

In a statement to be issued on Tuesday that was obtained on Monday by my colleague Daniel Leblanc, Mr. Topp said Mr. Caron offered the most compelling vision for addressing social and economic equality. As well, "he understands that the NDP's best and arguably only road to government lies in a winning coalition of like-minded progressives – in French-speaking Quebec and across Canada," Mr. Topp said.

Certainly, Mr. Caron is the candidate who would best preserve the NDP's waning support in Quebec. But with only 4,900 NDP members in that province – less than a tenth of the 52,200 members in Ontario – the Quebec wing of the party appears to be evaporating, as Jack Layton's 2011 breakthrough becomes a memory of an anomaly.

Mr. Caron's policy platform is solidly social-democratic; its most important plank promises a guaranteed annual income. Mr. Singh's platform, on the other hand, looks like something Justin Trudeau would embrace given his heart's desire, such as taxing high-emission vehicles and subsidizing low-cost electric cars. That may be why former NDP Leader Alexa McDonough also endorsed Mr. Caron.

The Quebec MP may be hoping that, with such establishment-party endorsements, he will emerge after several rounds of voting as the sensible compromise candidate, squeezing past socialist Manitoba MP Niki Ashton, populist Northern Ontario MP Charlie Angus and the arriviste Mr. Singh.

Will it work? Perhaps. But Mr. Singh can promise something that Mr. Caron cannot. He can take the NDP into the Ontario suburbs.

The NDP always loses in part because New Democrats don't understand, or even much like, suburban voters – they're so petit bourgeois – and suburban Ontario voters choose the government, simply because there are so many of them. But Mr. Singh's riding straddles Mississauga and Brampton; he gets the so-called landing-pad immigrants in suburban high rises who are struggling to get established, the people commuting for hours into the downtown every day, parents trying to find affordable day care.

Consider Mississauga Centre. The riding is one of 15 new seats that were given to Ontario before the last election to reflect its growing population. More than 60 per cent of the riding consists of immigrants, many of them South Asian, along with Chinese, Filipinos and Arabs. Mississauga Centre is a modern bellwether, reflecting the demographic makeup of the new Canada. In 2015, Mississauga Centre sent Liberal MP Omar Alghabra to Parliament.

There is a large shopping mall in the heart of the riding. Now, imagine Mr. Angus – gruff, folksy, with that working-man's twang, talking to people as they enter and leave the mall at lunchtime. Imagine Mr. Caron – serious, thoughtful, precise – doing the same. Now imagine Mr. Singh, with his turban, his beard, his tailored suit and his infectious smile. Who is most likely to get voters to pause and listen?

That is why 47,000 people joined the New Democratic Party. They believe Jagmeet Singh speaks to the future of the social-democratic movement, while some of the vested interests of the party cling to its past. In that context, Brian Topp endorsing Guy Caron only proves their point. 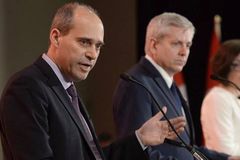 Opinion
For NDP candidate Jagmeet Singh, it’s not all about the base
August 3, 2017
Quebec tuning out NDP leadership race, poll finds
August 26, 2017 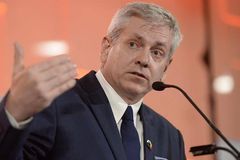