Nice place, Canada - and a wonderful insurance policy to boot, for those who fear they might have to leave their country in a hurry.

It's easy to get residency status in Canada, as long as you have enough money to be admitted as an immigrant "investor." There are conditions - your assets must have been obtained legally, and you must spend at least part of your time in this country - but most declarations aren't verified and your comings and goings aren't always subject to scrutiny.

You could actually go on living in your country of birth, with your Canadian passport in a safe, ready to be used if things turn bad. This is what many rich Lebanese did, only to re-emerge during the last Lebanon war, demanding to be immediately "repatriated" to Canada. Some of these "instant Canadians" had the gall to complain about the lack of comfort on the ships commissioned by the Canadian government.

Canada is a bonanza for those able to "buy" a Canadian passport by investing some $800,000 in the country and proving they own net assets worth at least $1.6-million. This system is tolerable when its beneficiaries are honest individuals who might eventually contribute to Canada's welfare. But it's unacceptable when the system allows Canada to become a haven for the extended family of Tunisia's ousted dictator, Zine El Abidine Ben Ali.

Mr. Ben Ali's brother-in-law, Belhassen Trabelsi, arrived in Montreal on Jan. 20 aboard a private jet with his wife, four children and a nanny. A son-in-law of Mr. Ben Ali, Mohamed Sakher El Materi, is said to already own a luxurious house in Westmount. The Trabelsis, the family clan of Mr. Ben Ali's wife, Leïla, are the reason why Tunisians took to the streets a month ago, in what is called "the Jasmine revolution."

According to a cable sent to Washington in 2008 and leaked by WikiLeaks, Robert Godec, the then-U.S. ambassador to Tunis, described the Trabelsis as a "quasi-mafia" family who siphoned billions of dollars for their own profit. Belhassen Trabelsi, the older brother of Leïla Ben Ali, was, Mr. Godec wrote, the "godfather" of the clan and "is rumoured to have been involved in a wide range of corrupt schemes."

Now that France, Switzerland and Italy have closed their doors to the Trabelsis and frozen their assets, Montreal is the alternative. It's certainly more pleasant than Saudi Arabia, Mr. Ben Ali's destination after he fled Tunisia, and, of course, Tunisians are French-speaking.

It seems Mr. Trabelsi obtained his permanent resident status in the 1990s. No one knows how much time he's spent in Canada - although, presumably, not much since he was busy running the family business in Tunisia. The government has now revoked that residency status, probably because he wasn't able to prove he had lived in Canada for at least two of the past five years, as the law requires. Ottawa has also moved to freeze his assets.

Tunisia's interim government has issued an international arrest warrant for Mr. Trabelsi. But Canada has no extradition treaty with Tunisia, so it's not clear what legal avenues are available for expulsion. And Mr. Trabelsi could appeal any decision in the Federal Court of Canada. The route he seems to be taking at the moment is to claim refugee status, probably on the grounds that he risks torture or death if he's sent back. Multiply the appeals authorized by Canada's absurdly soft laws and he could remain for years.

Meantime, Montreal will have the dubious distinction of being the bolthole of choice for a clan that looted Tunisia for years. 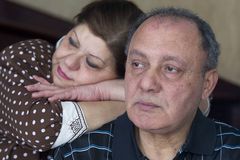 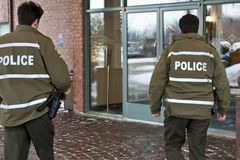 Opinion
Editorial cartoons, January 2011
Gallery
December 31, 2010
Follow us on Twitter @globedebate Opens in a new window
Report an error Editorial code of conduct
Due to technical reasons, we have temporarily removed commenting from our articles. We hope to have this fixed soon. Thank you for your patience. If you are looking to give feedback on our new site, please send it along to feedback@globeandmail.com. If you want to write a letter to the editor, please forward to letters@globeandmail.com.
Comments